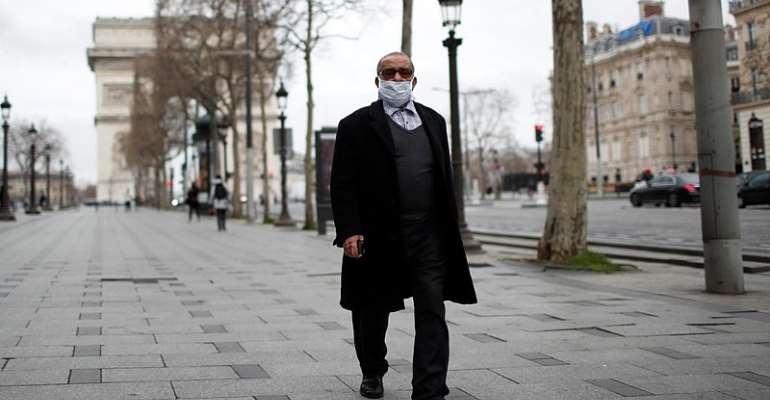 Seven British nationals, including two minors, have been arrested after an attempt to run down a policeman outside the Israeli embassy in Paris, according to the prosecutor's office.

A car bore down on the gendarme early Monday evening in front of the embassy near the Champs-Elysees in central Paris. That vehicle and an accompanying car then fled the scene.

The military policeman escaped uninjured.
The Paris prosecutor's office has launched an inquiry into "attempted homicide" of a public official.

The seven occupants of the two car, including two minors, were arrested and held in custody, according to broadcaster RTL.

The three males and four females claimed to be London-born Pakistanis, but could did not produce any passports, according to daily Le Parisien.

Video footage from one of the most heavily secured parts of Paris revealed that both cars had fake number plates, bearing the characters "H17NRN", understood to mean "hit-and-run".

The incident took place amid a tense atmosphere in Paris, following Friday's beheading of schoolteacher Samuel Paty by an Islamist fanatic just outside the capital.

On Sunday, two women wearing veils were attacked near the Eiffel Tower by another two women, one of them wielding a knife.

One of the victims remains in hospital.
The attackers were arrested and have been placed under investigation for aggravated gang violence, use of a weapon, public drunkenness and racist insults.

The alleged stabber was remanded in custody and the other released under supervision.

Akufo-Addo not bound to nominate recommended MMDCE hopefuls ...
57 minutes ago