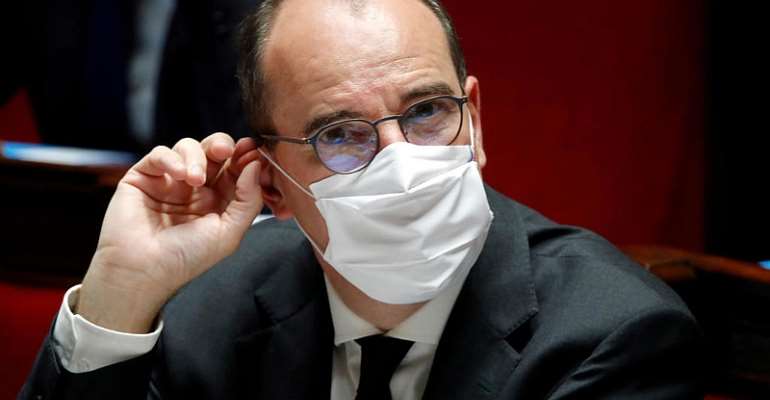 French Prime Minister Jean Castex is expected to announce the extension of the maximum alert zone and further urban curfews, as the Covid-19 crisis is described by health officials as "especially alarming". The PM will hold a press conference at 5pm local time (1500GMT)

France recorded 26,676 case of coronavirus infection in the past 24 hours, up on the previous day's total of slightly more than 20,000.

Admissions to intensive care are also on the rise, with 284 new emergency cases bringing the national total to 2,239. France has an intensive care capacity of 5,800 beds.

Yesterday's 166 deaths brought the French death toll from the epidemic to 34,048.

The number of new cases per 100,000 tests carried out over the past seven days has risen sharply in the cities of Clermont-Ferrand, Tours and Nantes. In the eastern city of Strasbourg, the rate of news cases is doubling every week.

None of these cities was concerned by the first curfew regulations.

Media commentators suggest that the fact that Thursday's press briefing has been convened by the prime minister, rather than Health Minister, Olivier Véran, is an indication that the government is facing a "deep crisis".

Akufo-Addo not bound to nominate recommended MMDCE hopefuls ...
50 minutes ago