The battle to breastfeed: Why French mothers don't 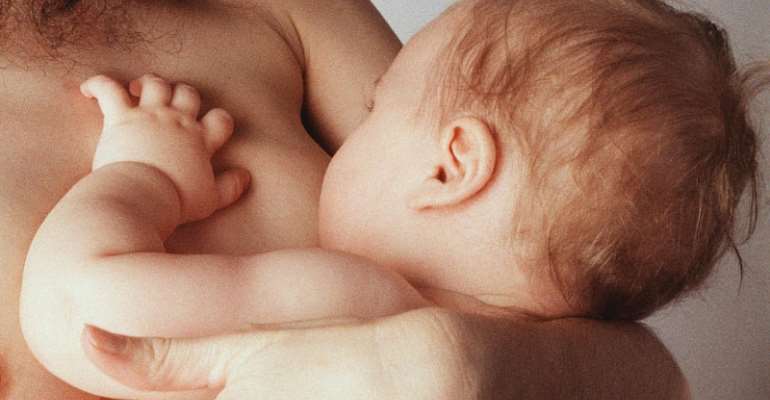 France has some of the lowest rates of breastfeeding in the world. Here, one of the first things that happens after you give birth and you get to your room in the maternity ward is that someone shows up with a bottle and infant milk. If you want to breastfeed, you have to actively refuse the bottle – it is the default.

“More than 80 percent of pregnant women want to breastfeed, or at least think about it and look for information,” says Stephanie Habenstein, who founded VanillaMilk, a web platform that provides information to breastfeeding mothers. “Once they give birth, the rate falls.”

In 2016, 68 percent of women in France reported breastfeeding right after birth. The number falls even more after a few months. The World Health Organization recommends exclusively breastfeeding for six months.

But a study published in 2013 showed that fewer than a quarter of women in France went that long.

One explanation is work. Maternity leave in France is ten weeks after a baby's birth. Nearly 70 percent of women in France work outside the home, some of the highest rates in Europe. But the aversion to breastfeeding runs deeper than just logistics.

This story is part of the Spotlight on France podcast:

“People will say that you become enslaved by your child when you become a mother,” says Carole Hervé, a lactation consultant, in Paris. “People say you should put your baby in the crib…give them a bottle of infant milk, and you'll be free.”

The feminist movement of the 1970s was aimed at freeing women from the shackles of domesticity. Breastfeeding was part of that, so many women of the baby boomer generation – who are in their 70s today – did not do it.

“My grandmother, who is 90 years old, said breastfeeding was normal. But my mother, who is now 70, did not breastfeed me very long,” says Habenstein. “She always said that she breastfed her three children, but actually she only breastfed us for two weeks or three weeks, which is typical for a mother in the 1970s.”

Today there is a shift, though women are juggling work obligations and expectations that they remain independent and their children be autonomous.

As a lactation consultant, Carole Herve helps future mothers to prepare to breastfeed, and helps troubleshoot when there's a problem. She receives clients in her office in northern Paris, and these days online, via Zoom.

“I would like to have a bit more freedom,” says Julia, 29, who is breastfeeding her seven-week-old daughter in Carole Hervé's office, during a consultation.

As a lactation consultant, Hervé helps pregnant women prepare for breastfeeding, and troubleshoots problems after.

Julia intends to start weaning her daughter over the next two months, in anticipation of going back to work, four months after giving birth.

She planned to breastfeed from the beginning. “But I left it open as to whether or not it would work.”

As Hervé explains how to replace breastfeeding gradually with infant milk, Julia says she would like to introduce some feedings sooner, to have a bit more freedom.

“I could leave her with my mother or my sister for a few hours, but because I am her source of food, I don't leave. Pumping is not very glamorous,” she says, admitting that she might not leave her baby anyway, but she feels like she does not currently have the choice.

Hervé, who has been a lactation consultant since 2011, says she has seen attitudes towards breastfeeding shift, even if the numbers are not increasing.

“New generations have seen more breastfed babies than our parents have, or even I had,” she says.

Ignorance in the medical world

And yet, the medical establishment provides little support systematically.

Paediatricians and nurses in maternity wards will still give mothers the same (wrong) advice that Hervé received 19 years ago when she had her first child: “The midwife says: 'You should wait four hours between feeds, and if the baby asks for more, then you should give him the dummy.'"

Advice, she says, which is not good: “When her baby was three weeks old, the paediatrician said: 'This baby is starving, and this is your fault.'"

“I don't remember a specific course on breastfeeding,” says Sarah Khelifa, a nurse who is currently in a training programme to learn more about breastfeeding.

After three years of general nursing studies, nurses can choose to continue training and specialise in babies, to become paediatric nurses, something Khelifa did not do.

"I learned to work with babies and new mothers in the field,” she explains “I did an internship in a maternity ward and I was working with nurses who were lactation consultants, and that is how I discovered breastfeeding.”

Midwives receive a bit more breastfeeding training, but unless they specifically seek out more, it is not a priority. As a result, little information gets passed on to new mothers, unless they ask for it.

“Mothers don't know where to find information and they don't know who to contact,” says Stephanie Habenstein, who started VanillaMilk to try to connect mothers to each other, and to professionals, like lactation consultants.

But this remains outside of France's public health system.

Hervé and other lactation consultants' sessions are not reimbursed by the social security system, which means that women who breastfeed tend to be very motivated.

“Mothers who breastfeed in France are highly educated. They don't necessarily earn that much money, but they need to be determined to breastfeed,” says Hervé.

Until information becomes more widespread and systematic, breastfeeding rates look set to stay low: “I believe we mothers don't really have a choice to breastfeed or not because no one is there to give the right information when we need it."

This story first appeared in the Spotlight on France podcast (click here to listen).

Akufo-Addo not bound to nominate recommended MMDCE hopefuls ...
27 minutes ago