Samuel Paty was killed because he embodied the Republic: President Macron 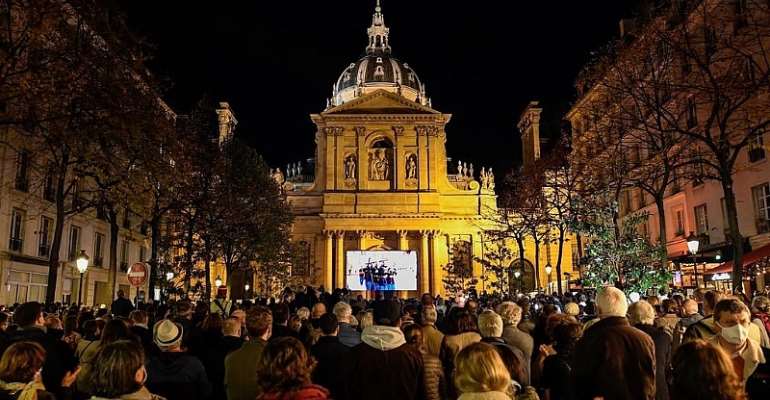 French President Emmanuel Macron said Samuel Paty was killed because he embodied the values of the French Republic. “We will continue the fight for freedom of which Samuel Paty is the face,” Macron said in a homage to the school teacher who was beheaded for having shown caricatures of the Prophet Mohamed to pupils in a lesson on free speech.

In a speech honouring the slain teacher at the ceremony at the Sorbonne University in Paris, Macron described Paty as "one of those teachers who will not be forgotten.” The French President also said that France will not give up cartoons.

Paty's coffin stood in the centre of the university courtyard, adorned with French flags, as pupils, a friend, and a fellow history teacher paid moving tributes to the 47-year-old father of one.

Paty who taught history and geography at a junior high school in Conflans-Sainte-Honorine, 40 kilometres northwest of Paris, was gruesomely killed on Friday by 18-year-old Chechnya-born Abdullakh Anzorov. Paty became the subject of an online hate campaign after he showed cartoons of the Prophet to pupils in a civics class to elicit debate on freedom of expression.

On Sunday, French Prime Minister Jean Castex, in an interview to a weekly said he was “more Charlie than ever”, referring to the “Je suis Charlie/I am Charlie” slogan that resonated around the world after Islamist terrorist killed 12 people at the Charlie Hebdo satirical magazine in 2015 for publishing caricatures of the prophet.

Akufo-Addo not bound to nominate recommended MMDCE hopefuls ...
49 minutes ago