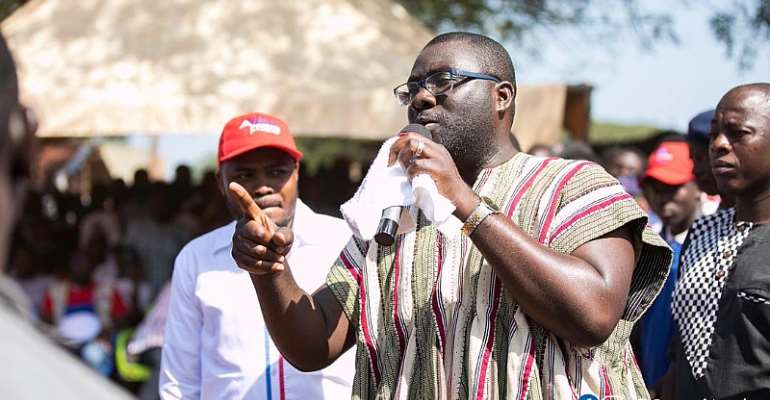 The National Organiser of the governing New Patriotic Party (NPP), Sammi Awuku has appealed to residents of Mion and Tamale Central constituencies in the Northern Region to give President Nana Akufo-Addo four more years to move Ghana's developmental agenda forward.

According to him, the NPP government has performed better since it assumed office in 2017.

In his typical community engagements style today, Wednesday, October 21, 2020, in Salankpa, Sang and other communities in the Mion constituency, he said the NDC as a party that does not keep its promises to the people and failed woefully when it was given the opportunity to rule Ghana.

“Thanks to President Akufo-Addo both Abudus and Andanis can now sit around the same table and eat together.”

At Mion Lana's palace, he appealed to the chiefs and elders to also support the NPP candidate for the constituency in the upcoming general elections.

He said even though chiefs don't engage in politics, they are partners in development and together with the NPP parliamentary candidate, they can partner government.