What Is Next After The #ENDSARS Campaign? 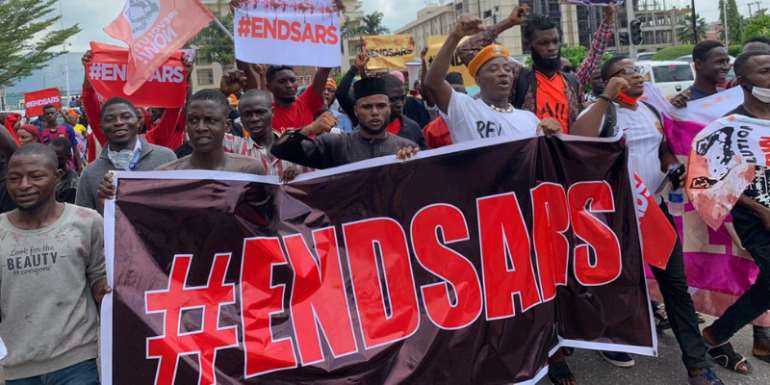 There are many questions about what could motivate and unite people to form resistance against seemingly powerful adversaries for the # EndSars protesters such as the state or military, what is certain is that social movement protests remain, more than ever, people’s choice for mass resistance when abuses in power pose threats to ‘ordinary’ peoples’ day-to-day access to material needs and resources as well as their social, political, and cultural rights despite the very real repressive counteraction they face.

They represented the collective voice of disaffected individuals acting defensively and offensively for themselves by demanding protective legislation for their rights and real material solutions to fix the wrongs being perpetuated against them.

Beyond #EndSARS protests, I see the ongoing mass action against the brutality of the Nigeria Police Force’s Special Anti-Robbery Squad as a social movement which can hardly be subdued by force. The movement which was initially started on Twitter by Segun Awosanya, popularly known as Segalink, saw its recent resurgence after a video started trending on Twitter showing a SARS police officer shooting a young Nigerian in front of a hotel In Ughelli, Delta State.

Soon after, #EndSARS began trending globally, triggering a mass action engineered by the youth. The video was an eye-opener for most Nigerians that the brutality and inhuman treatments by security operatives could no longer be condoned; else the country could plunge into a human rights crisis.

While the Federal Government has granted most of the demands including restructuring SARS Unit of the police, the protesters have sustained their agitation against worsening insecurity in the country.

Nigeria’s #EndSARS protests resonated with the demands by the Black Lives Matter agitators in faraway United States. At their center, the movements convey a similar message: A nation that permits state security operatives to manhandle innocent citizens without any potential repercussions is not a mature democracy. And, as in the United States, this is not the first time Nigerians have risen up against police brutality.

Our African elders say clouds do not always mean rain but smoke is a sure sign of fire.

The desirable end of the #ENDSARS campaign, must be the beginning of a new generation of African youth with the conscience to demand good governance from those voted into office using firmly the appropriate constitutionally approved structures.

Challenges can be turned around if our youth will bravely demand accountability and justice using firmly the constitutional approved structures.