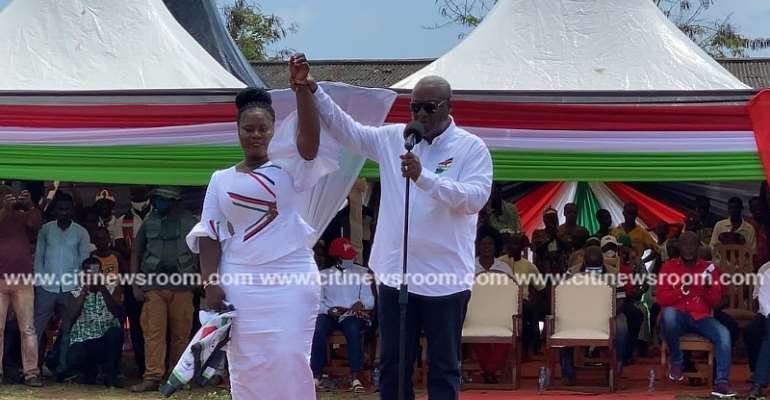 Former President John Dramani Mahama says his second coming will see the implementation of the second phase of the abandoned oil and gas development plan in Jomoro in the Western Region.

John Mahama who said this while addressing NDC supporters at Bonyere in the Jomoro constituency on his Western Regional campaign tour said key among the phase two oil and gas development plan is the establishment of petroleum chemical industries at Bonyere.

“It was under the administration of the late John Evans Atta Mills that we started drilling oil in Ghana. It was at the time, we established the Atuabo gas plant. Per the original plan, we were to set up a Petrochemical industry in Bonyere. But unfortunately, we were not able to complete it before leaving office. But on our second coming, we will establish the Bonyere Petrochemical industry.”

“The oil and gas development project has a phase two. And the NDC has the plan. We will implement it when we come into power,” he added.