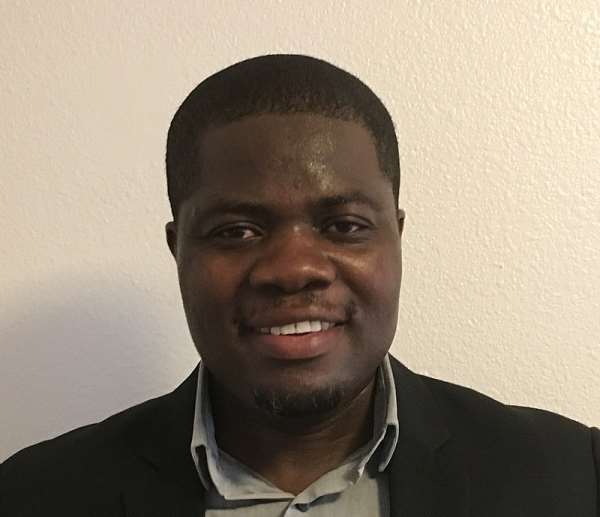 The immediate past Deputy Secretary of the NPP Chapter in California, USA, Dr. Solomon Owusu has disclosed that the over 500 seized excavators from illegal mining operations were not just missing but they were moved from the various yards, based on orders from the chairman of the Inter-Ministerial Committee of Illegal Mining (IMCIM), Professor Kwabena Frimpong-Boateng. Before communicating this matter to the public, Solomon had spent months to meticulously conduct investigations after the chairman publicly declared that the seized excavators had vanished.

The outspoken mining engineer and mineral economist residing in Colorado, USA has challenged the IMCIM chairman to come out and dispute the claim. After Solomon intercepted some documents, audio recordings and also had the opportunity to interview the head of the monitoring team of the IMCIM, Francis Assibi Abu to ascertain the facts of the missing excavators, it clearly showed that Professor Frimpong-Boateng ordered the release of the excavators to a heavy equipment sales company in Accra and some of the illegal miners, including Chinese nationals.

Dr. Owusu, therefore, found it intriguing how the same person who instructed the guards at the seized equipment sites to release the confiscated machines could openly declare that the excavators were missing from the yards. Based on thorough investigations conducted by Solomon, the Sany Heavy Equipment Company in Accra is currently in possession of some of the missing excavators, upon orders from the Minister for Environment, Science, Technology and Innovation.

An available report dated July 21, 2020 showed that a manager called Felix at the Sany company had been receiving some of the seized excavators from Professor Frimpong-Boateng. According to the report written by the Galamstop Head, an arrangement was made between the Heavy Equipment Sales Company and the IMCIM Chairman, concerning how the company received the seized excavators. Felix was willing to disclose the number of excavators that the company had received from Professor Frimpong-Boateng.

Again, a situational report written by Francis Assibi Abu indicated that Professor Frimpong-Boateng ordered the release of a seized excavator, which was kept at a yard in Obuasi to its owner. In a video circulating on social media, Solomon has challenged the IMCIM Chairman to explain to Ghanaians on the modalities he used to release the seized excavators to certain people. “After the excavators were seized through their engagements in illegal mining, the equipment became state properties so why should the chairman release them to certain people without following the state auctioning procedures?”, Solomon questioned.

In the early part of February 2020, the chairman of the IMCIM declared to all Ghanaians that some of the excavators that were seized from illegal mining sites had been missing. This issue became a top discussion on almost all the radio and television stations in Ghana. Few days later, the chairman who doubles as the Minister for Science, Technology and Innovation assured Ghanaians that all the missing equipment would be found. The minister has never disclosed the number of missing equipment that had been found since then.

On the missing gold, documents available have shown that some people at the Inter-Ministerial office and the Jubilee House in Accra received the seized gold from the Operations Vanguard and the Galamstop teams. They included Dr. Naa Dedei Tagoe who was a consultant to the IMCIM and a lecturer at the University of Mines & Technology in Tarkwa. Others were Mr. Alex Gyedu at the IMCIM office and Mr. Amofa at the Jubilee House.

According to Solomon, he has intercepted an inventory report which contains the seized gold, excavators, cash, weapons, motorbikes, pick-up trucks and a list of arrested Chinese nationals who were facing legal action after engaging in illegal mining operations in Ghana. It is unfortunate that these foreign nationals had been left off the hook but Ghanaians who were arrested through the same illegal mining activities were thrown to prison.

Ghanaians, especially those working with the media groups, CSOs and opinion leaders have been encouraged to demand the missing excavators and gold from the afore-mentioned names. In his view, Dr. Owusu believes that the equipment and the precious metal could not fly and disappear like fowls, vultures or hawks but they were taken by human beings who live in Ghana. Hence, the laws should be applied to penalize those behind the stolen items.