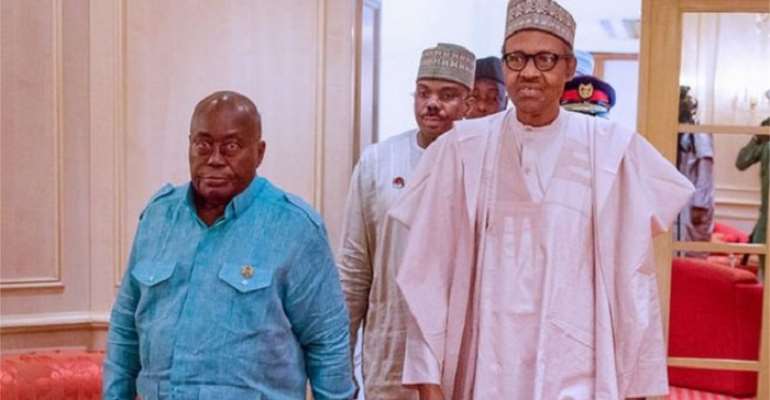 The West Africa Network for Peacebuilding (WANEP) says it expects Ghana’s President Nana Akufo-Addo, who is also the leader of sub-regional block ECOWAS, to publicly comment on developments in Nigeria.

According to the Executive Director of the group Dr Chukwuemeka B. Eze, a public statement on the chaos in the West African nation will assure the citizens that the regional body and the rest of Africa are interested in their affairs.

“The Ghanaian president is the current Chair of ECOWAS so I’ll be shocked if he’s not engaging behind the scenes,” he told Francis Abban on the Morning Starr Wednesday.

The governor of Nigeria’s commercial hub, Lagos, has announced an indefinite 24-hour curfew in the state saying that protests against police brutality have “degenerated” into violence.

Babajide Sanwo-Olu said that criminals had hijacked the demonstrations “to unleash mayhem on our state”.

Lagos has seen some of the largest of the recent wave of protests in Nigeria spearheaded by young people.

They began with a call for the disbandment of a notorious police unit.

But the demonstrators have called for wider reforms in the security forces as well as changes in the way that the country is run.

In a series of tweets, Mr Sanwo-Olu said that he had “watched with shock how what began as a peaceful #EndSARS protest has degenerated into a monster that is threatening the well-being of our society”.

“Lives and limbs have been lost as criminals and miscreants are now hiding under the umbrella of these protests to unleash mayhem on our state… we will not watch and allow anarchy in our dear state.”

The curfew will come into force at 16:00 local time and will affect millions of people. Only essential workers will be allowed out.