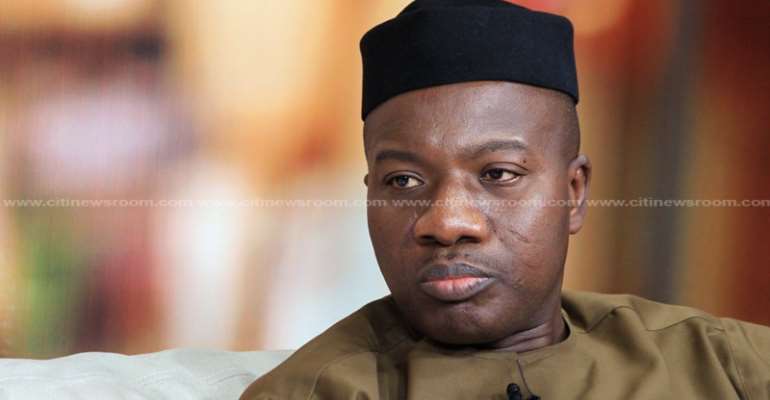 Bawku-Central National Democratic Congress’ Member of Parliament Mr. Mahama Ayariga is absolutely wrong to assert that any substantive Member of Parliament on the ticket of any legitimately registered political party who decides to go solo or Independent, while still serving on the ticket of the party that brought him/her to Parliament and which s/he has, for any number of reasons, decided to abandon has a legitimate right to conclude his/her term of service on the ticket of the party which the concerned parliamentarian has recklessly decided to abandon (See “NPP Insists on Removing Fomena MP from Parliament” Modernghana.com 10/17/20).

The 1992 Republican Constitution of Ghana makes provision for Independent Parliamentarians, which clearly means that while they may, each and every one of them, have come to Parliament or been voted to the same as individual citizens and not as bona fide members of any legitimately registered political party, nevertheless, the legally recognized category of Independent Candidacy is in of itself a legitimate political affiliation or party. Consequently, the decision by the New Patriotic Party’s National Executive Committee (NEC) operatives to promptly disown and remove Mr. Andrew Amoako Asiamah, the party’s Member of Parliament for Asante-Fomena, in the Asante Region, is pretty much in keeping with the mandate of Ghana’s 1992 Republican Constitution.

The fact of the matter is that Mr. Asiamah cannot eat his cake and have it as well. In short, if the Fomena New Patriotic Party Parliamentarian has officially broken away from the party on whose crest or wave he entered Parliament as a bona fide servant and representative of both his Fomena constituents and the New Patriotic Party at large, then, of course, as far as his identity and relevance as a Member of Parliament are concerned, Mr. Asiamah has effectively ceased to exist as such. He simply cannot unilaterally dictate the terms of how he chooses to serve his party and the dues-paying members, supporters and even sympathizers of the party who mandated the Fomena MP to look towards/after their needs, desires and interests in the august House.

It is also very certain that the Bawku-Central National Democratic Congress’ Member of Parliament decided to fiercely jump to the defense of Mr. Asiamah, because Mr. Ayariga fully recognizes the flagrant act of criminality represented by the Presidential Candidate of his own party and former boss, to wit, former President John “Airbus-Kanazoe” Dramani Mahama, to secretly fund each and every disgruntled or failed New Patriotic Party Parliamentarian who opts to contest the 2020 Parliamentary Election as an Independent Candidate, as was recently revealed on the Kennedy Ohene Agyapong-owned NET-2 television network. On NET-2 TV last week, Mr. Kwame Baffoe, alias Abronye DC, the New Patriotic Party’s Bono Regional Chairman, revealed that Candidate John “Airbus-Embraer” Dramani Mahama has been deviously and criminally conferring privately with each and every New Patriotic Party Parliamentarian who has decided to contest the 2020 Parliamentary Election as an Independent, after s/he lost the 2020 Parliamentary Primary.

Candidate Mahama may very well have a right to secretly fund breakaway NPP parliamentarians with two pickup trucks, apiece, and a humongous wad of stolen taxpayers’ money, but neither the massively failed former President nor his former Minister for the Environment, Science and Technology, among several other cabinet portfolios, has a right to dictate to Speaker Aaron Michael Oquaye how the laws governing parliamentary carpet-crossers or renegades are to be interpreted and acted upon.