The Second Coming Of Mahama! 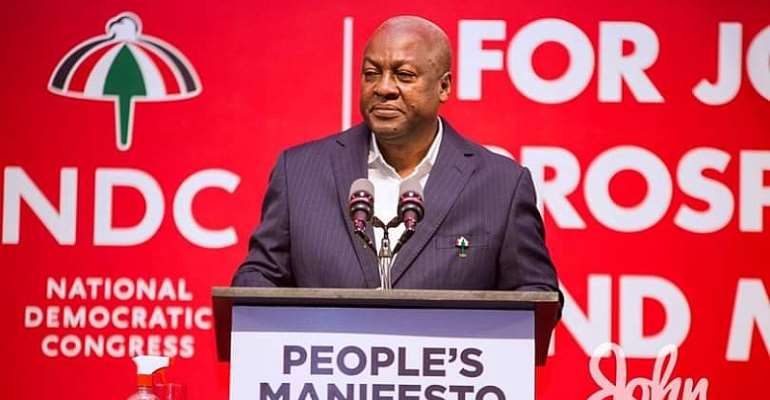 In the pot of the proverbial old woman who brews the fantasies of the game of politics, the reality is but a raiment of some paranormal conception which remains a perpetual provoker of dreams. The agility with which one plays around with these fantasies while maintaining his face for the nonexistent reality is what makes one a true player. Watch out for his second coming!

The second coming! Coming and tossing in a suspended terror; tickling and glittering with inconsistencies; with loads of strange behavior wounded around clipped tongues but with opened eyes ready to kick the ass of his preys. Watch out for the second coming!

The second coming of Mahama the “Racehorse”... and when we unbuckled the bit from his labored mouth which caused the painful breathing of the past, we will see the face of a new terror; a terror without machetes but apt with the skills of keeping his opponents off-balance. A terror without gunpowder but ready to take the second step with inexplicable moves embellished in sophisticated theories but soft practical maneuvers.

This coming keeps a distant from the hypocrites; keeps a tone deaf to those who make honey and milk at the expense of the true soldiers who die several times in the hinterlands before Mahama was made. Mahama the crushed viper who was left alive but bruised is rearing up to bite the scavengers with a dozen dose of venom. Time heals the bruised viper, but space gives it a sense of who the real opponents are.

This coming is full of scattered stanzas; stanzas with bloated language; language which would be spoken with skills and subtlety, with action and sacrifice. Language which would spot the real men of the game and not schemers who eat the flesh of slaughtered foot soldiers who make the king. It will pay for real talents over braggarts. It will banish the talkers and welcome the workers.

Indeed, the second coming of Mahama means a lot to many and so it must come with lots of craftiness and style to get the work done and done well.

In fact, the second coming of Mahama has been ordained by the living God, and visibly pronounced with his position on the ballot today. Mahama is coming with all the vigor and energy.