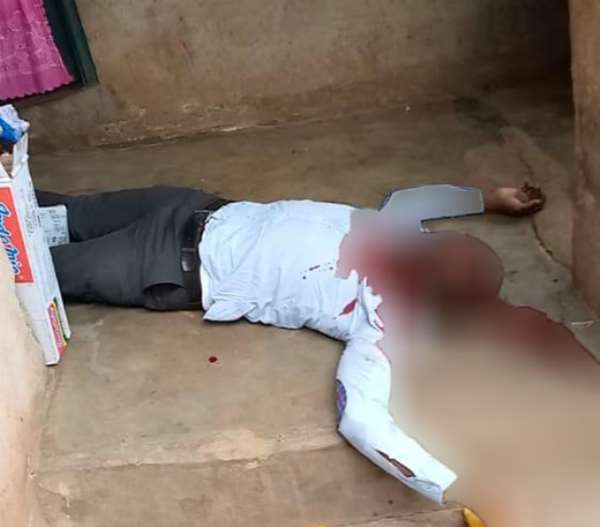 A man thought to be in his 30s was on Monday afternoon shot dead by armed robbers at Atonsu in Kumasi of the Ashanti Region.

The deceased was later identified as Maxwell Awetor by some eyewitnesses.

The man was said to be returning from a bank, where he had done some transactions when the hoodlums who were trailing him shot him.

Awetor was reportedly shot in the neck, ending his life abruptly as the robbers fled with the cash.

He was declared dead at the Kumasi South Hospital where he was rushed to.

Eyewitnesses said Awetor who lived at Ahinsan headed for Atonsu to pay a visit to a friend after leaving the bank when the robbers attacked him.

The deceased was said to be holding a brown envelope containing the cash he had withdrawn from the bank.

Police investigations have begun into the case.