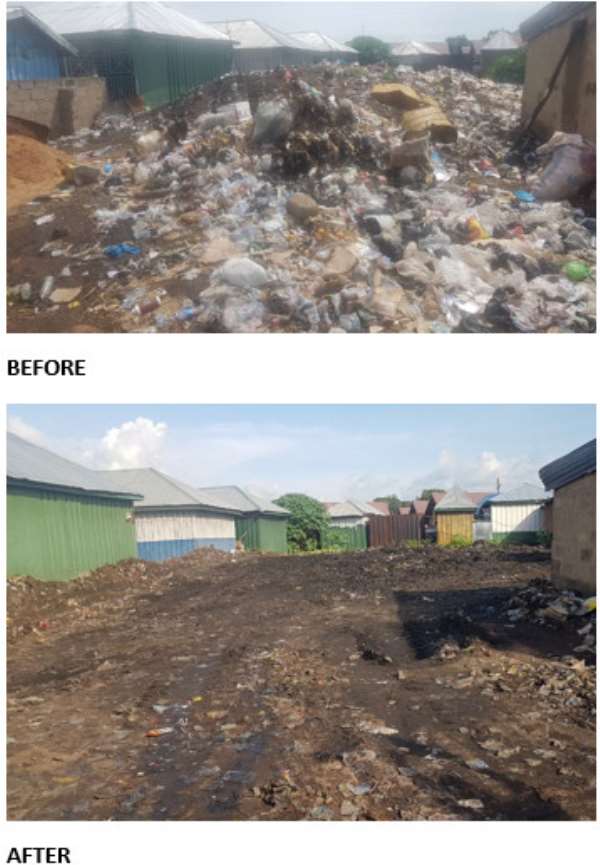 THE Deputy Regional Minister of Savannah Region, Mr. Samuel Yeyu Tika, has disclosed that the region will not take it lightly with any assembly which fails to ensure strict supervision and monitoring of evacuated dumping sites in the region.

Speaking to the media at Damongo, the regional capital of Savannah, he said, the exercise was a national assignment which was part of the Clean Ghana Agenda initiated by the President to make Ghana a healthy and safest place to live.

According to him, as part of the assignment, each region needed to identify three dumping sites and ensure that these sites were emptied.

"The exercise was part of an ongoing emergency national refuse evacuation exercise being undertaken by the Ministry of Sanitation and Water Resources (MSWR) to rid the country of aged dumping sites".

He said, "it is the vision of the President to ensure that Ghana becomes the cleanest nation in Africa and that this exercise is part of that big agenda."

“It behooves us as a government to ensure that we evacuate all filthy sites in the region because a healthy people is a healthy nation," he noted.

“As the mouthpiece of the government in the region, I want to call on all the people of Damongo to support the ‘Clean Ghana Agenda’ by contributing their quotas in ensuring that henceforth they will dump refuse at designated sites.

Mr. Tika also urged the media to help in advocating for the Clean Ghana Agenda and also educate the people on the need to observe personal hygiene and management of waste in their environs

He said the assembly will set up a task force to ensure that they guard the dumping sites so that people will not throw waste indiscriminately but into stationed waste containers which will be provided by the assembly.

The Municipal Chief Executive for West Gonja, Mr. Saeed Muhuzu Jibril, said both traders and the people of Damongo Central Market had been battling with refuse at the Old Market dumping site for the past twenty years.

According to him, for the past five years, the assembly had been struggling to evacuate the dumping site but to no avail “so we thank Allah for today's intervention from the MSWR.”

He said measures had been put in place to ensure that after the dumpsite had been cleared, the place would be monitored by the assembly, including planting refuse containers at the dumping sites, policing the area and also promoting prompt evacuation.

The three sites that were evacuated were the Old Market dumpsite, the Galamsey Station dumpsite and the Zongo dumpsite all located in Damongo.