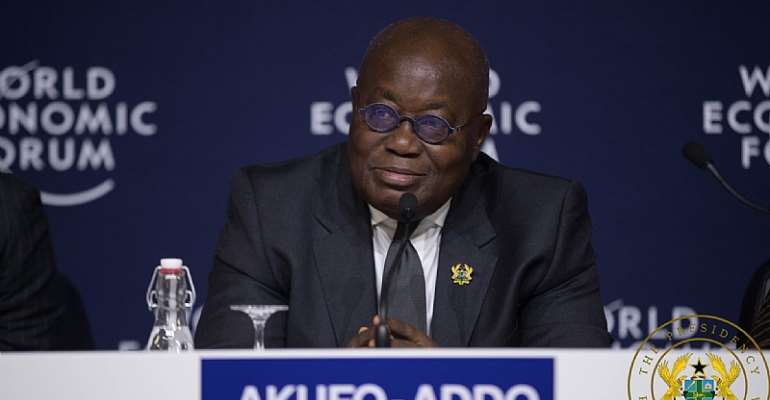 A section of Ghanaians on social media are questioning the silence of President Nana Akufo-Addo on the reports of brutality against protestors in Nigeria calling for an end to police impunity, among others.

Pressure on the President intensified on Wednesday after some unarmed protestors in Lagos were fired upon by Nigerian military personnel on Tuesday evening.

Some media reports from Nigeria indicated that over 40 persons may have been killed with many more wounded in protests nationwide.

The incident at the Lekki tollbooth which involved the military personnel, in particular, prompted some media outlets in Nigeria to describe the day as Black Tuesday.

Since then hashtags relating to the incident have dominated the trends in Ghana and a significant number of social media users have been calling for action from the President not only because of human rights credentials he has touted in the past but because of his standing as the ECOWAS Chairperson.

The fact that President Akufo-Addo has been vocal on incidents outside Africa like the Black Lives Matter movement, the fire at the Notre Damme cathedral, among others, prompted the intense pressure from some critics.

Some, however, jumped to the defence of the President saying he was merely respecting the sovereignty of Nigeria.

Others suggested the President may also be working behind the scenes to calm tensions in Africa’s most populous nation.

Criticism of the President continued on the Citi Breakfast Show, where a lawyer, Nii Kpakpo Samoa Addo, said calls for comments from the President were justified.

He stressed that human rights have become a universal principle of international law.

“So when you have a situation where, in a country, there is a clear violation of the rights of protesting persons who are unarmed and there is evidence of the use of state force to brutalise and murder these people, every country that is in ECOWAS and the UN and that has a moral conscience has a responsibility to speak out against such violations.” Reaction to ‘Black Tuesday’

The Nigerian army has denied the reports its men opened fire on unarmed protestors and promised an investigation.

It did not issue a statement but tagged several news reports on Twitter relating to the incident as “fake news”.

An indefinite 24-hour curfew has also been imposed on Lagos and some other regions.

Condemnation of the Nigerian government has been global, ranging from Manchester United striker Odion Ighalo to US presidential candidate, Joe Biden.

The protests expanded to demand reforms to Nigeria’s securing services amid evidence of abuse of power, torture and extrajudicial killings.