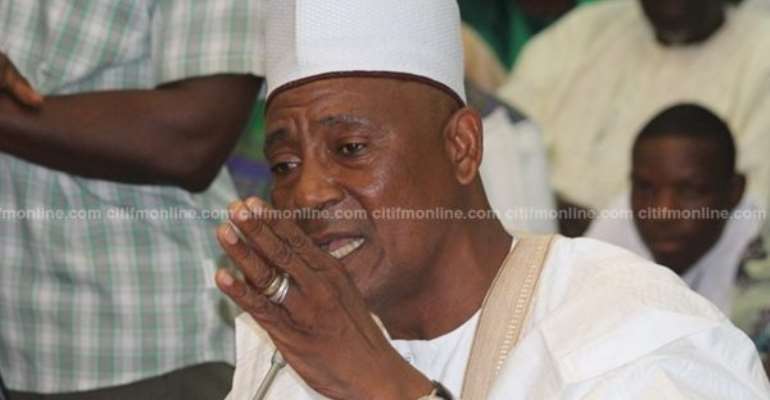 Alhaji Saddique Boniface, who is also the incumbent Member of Parliament (MP) of the constituency, said he is leaving no stone unturned to ensure that he retains his seat in the 2020 polls.

NDC’s parliamentary candidate had questioned the contribution of the incumbent MP to the development of the area.

Mr. Sosu said that although Alhaji Boniface was the Minister for Inner Cities and Zongo Development before being reassigned as a Minister of State at the Office of the Vice-President, there is nothing to show for his contribution to the development of the area, which has a large Zongo community.

But speaking on Eyewitness News, Saddique Boniface pointed out some contributions he has made towards developing the constituency.

“I came to Madina with a mission. I call it ‘Mission Madina’. It comprises education, peace and security, infrastructure, health, water and sanitation, employment under social intervention. And I have been able to meet all these. Every corner of Madina has in one way or the other seen improvement since I came into power.”