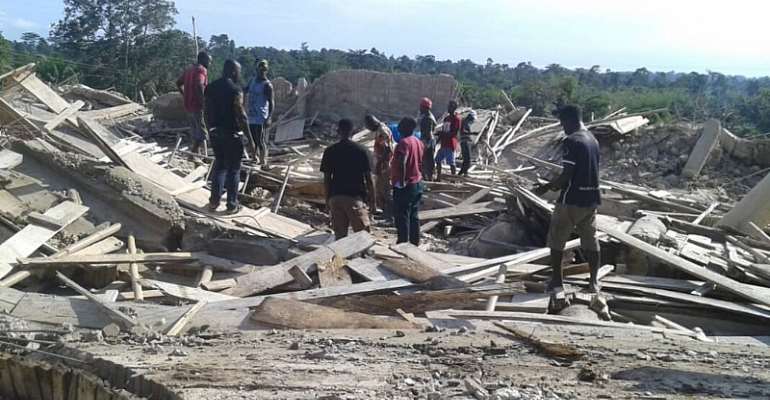 Several people are feared dead after a Church building collapsed at Akyem Batabi in the Asene Manso Akroso District of the Eastern Region.

Several Members of the Church of Prosperity founded by Prophet Akoa Isaac have been trapped under the rubble.

One person has been retrieved dead while others in critical condition have rushed to the hospital.

A joint rescue team made up of officials of the National Disaster Management Organization, NADMO, Ghana National Fire Service, Police, Ambulance Service are currently at the scene with excavators trying to rescue people trapped under the rubble.

It is not clear if the pastor is among the victims. The Asene Akroso NADMO Director Gyan Willington confirmed the incident to Starr News.

He said efforts are underway to retrieve the victims. According to him, the Building was still under construction.