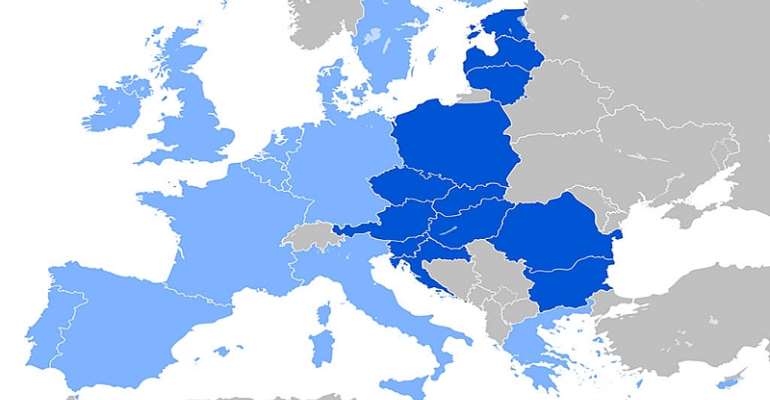 The member nations of the Three Seas Initiative (TSI) have held a virtual summit, hosted by Estonia, to strengthen ties between the twelve member states. Washington sees the TSI as a way of gaining ground in an area where Russia and China have been making inroads.

The TSI was established in 2015 by Poland and Croatia, officially to discuss joint infrastructure projects, energy and digital cooperation in the region.

Thus far, the initiative has rolled out several infrastructure projects, notably the Via Carpatia, running from Klaipeda in Lithuania to Thessaloniki in Greece, the Rail Baltica railway connection from Warsaw via Riga to Tallinn with a ferry crossing to Helsinki, or the Danube-Oder-Elbe inland waterway connection.

US interest in the initiative

The US was the initiative's biggest supporter from the outset. Washington has been keen on investing in the region, aiming to roll back Russian influence and counter Chinese “17 + 1” and “Belt and Road Initiative” investments in the neighbouring western Balkans.

In October, the US House of Representatives Committee on Foreign Affairs unanimously passed a motion for a resolution supporting the TSI and invest 1 billion USD.

The resolution contains plans to increase energy security and connectivity in the region's infrastructure and contains a condemnation of Russia's efforts “to use energy as a weapon to put pressure on or undermine freedom and democracy in Europe”.

After US President Donald Trump attended one of the first TSI meetings in Warsaw, in 2017, the EU got nervous and in 2018, then EC President Jean-Claude Juncker attended the Bucharest meeting, after some critics suggested Washington was supporting the system to “create an alternative” to the European Union.

The EU then pledged some 155 billion euros for the project. Given the current Covid-19 crisis, it is far from certain if this money will be spent on TSI projects any time soon.