EC Is Playing With Fire, They're Not Serious; I’ll Sue Them – Disqualified UFP Presidential Aspirant 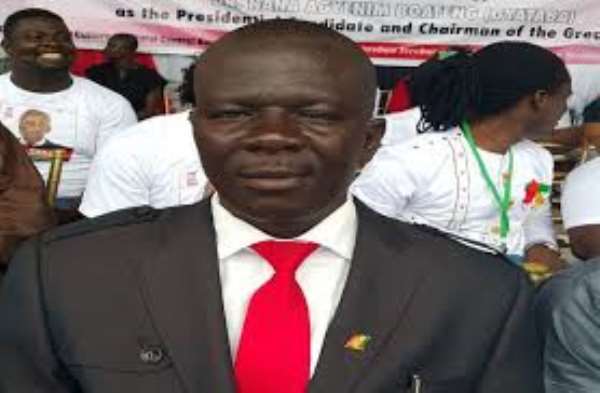 The flagbearer of the United Front Party (UFP), Nana Agyenim Boateng, has threatened to drag the Electoral Commission (EC) to court for disqualifying him from contesting in the December 7 polls.

Mr Boateng was among five other candidates who were disqualified from contesting in the polls.

The matter was referred to the CID for investigations and the police, according to the EC boss, confirmed the signatures to be fake, leading to his disqualification.

But Mr Boateng, unhappy with the decision, has threatened to sue the EC.

Speaking to Valentina Ofori-Afriyie on 505 on Class91.3FM on Monday, 19 October 2020, Mr Boateng said: “I’m taking them to court [today]. Even at all, the register they are using as of now, it’s a provisional register and the word ‘provisional’, what is the meaning of provisional? It is not a certified register.

“How can you, based on a provisional register, disqualify someone? They are not serious; they’re playing with fire.”

Meanwhile, the EC has reiterated its resolve to conduct a free, fair, credible, transparent and peaceful elections in December.

The EC has, thus, entreated Ghanaians to disregard any allegations of rigging and assertions of a flawed electoral process by any individual or section of society.

Your insatiable taste to travel in another luxurious jet to ...
42 minutes ago

Ghana’s 3.9% economic recovery is sluggish; Ghanaians must w...
44 minutes ago