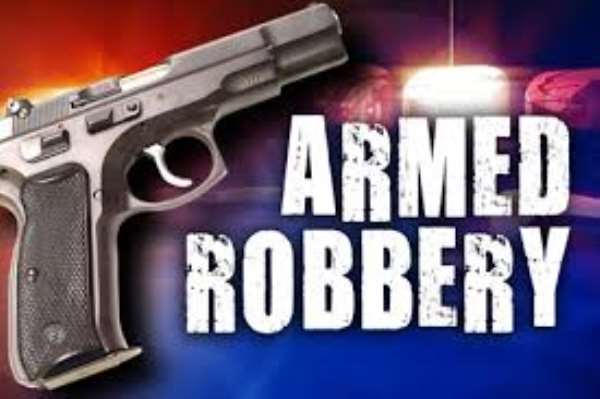 A Chinese man been shot by alleged armed robbers at Ahodwo in the Kumasi Metropolis of the Ashanti Region on Tuesday, 20 October 2020.

The incident occurred when the Chinese went to purchase recharge card from a vendor.

The four unmasked attackers rode on two motorbikes to commit the crime.

Narrating the incident to Class91.3FM’s Ashanti regional correspondent Elisha Adarkwah, the card vendor explained that he only realised the men were four and on two separate motorbikes after they shot the Chinese man and sped off.

He said: “I came this morning and opened my shop.

“I saw Chinese men, they parked at the other side, so, they crossed the road to come and buy Vodafone credit from me.

“So, when they came, he told me that he’s buying GHS100, so, I took the credit and I was about to give it to him and he had this small bag under his armpit.

“I saw a certain man at the back, he took the bag from the Chinese man's armpit, when the Chinese turned to look at the person who did that, the man shot him."

A nephew of the victim, however, indicated that the bag, which the robbers made away with, did not contain any money except documents.

The victim has since been taken to the hospital but is said to be in critical condition.

Ghana running into unsustainable debt levels topping 80% of ...
26 minutes ago