Why are the Ghana Security Agents so Corrupt and Unprofessional? 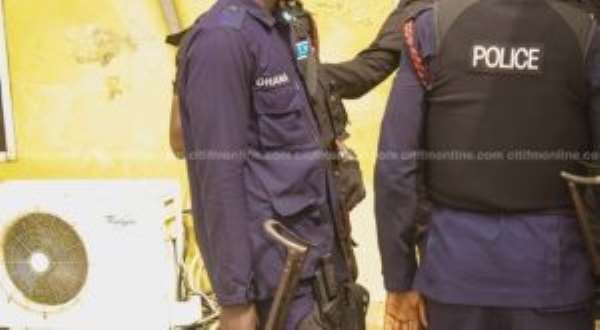 Many a Ghanaian knows how corrupt, unprofessional and about-to-be criminals some security agents, especially the police personnel, are. However, recent developments and revelations are making them so disgusting to befit their role as security agents.

There is an allegation that the police in Agona Swedru had wanted to let go those criminals who had plotted to kill, and were in the process of arranging to execute their evil intents, against the incumbent NPP Member of Parliament of the Agona West Constituency, when they were tipped off and had them apprehended. Had it not been a National Security agent there, who insisted that the criminals were arrested and detained, the police would have let them escape only to see them kill someone another time or later. What nonsense is that?

Are people employed into the police, trained to protect lives, properties, and prevent crimes, or they are employed to aid the perpetration and perpetuation of crimes? I can't get it. Also, is it true that when people tip off the security agents, or arrest criminals and take them to the National Security, the criminals are let off the hook while the Good Samaritans are rather arrested on the excuse that nobody had asked them to arrest any criminal? If truly the information regarding this allegation is true, then such agents within the National Security deserve the sack and prosecution. They are completely misfitting in their position if that has been their practice or behaviour.

Honourable Albert Kan Dapaa, although you have no professional security background, I expect you to have acquired some level of security knowledge by now. Please, don't hesitate to deal drastically with any of your agents who by their actions are supportive of criminals, contrary to why they were employed and paid with the taxpayers' money, should the allegation against them be true.

I shall suggest to the President of the Republic, His Excellency Nana Addo Dankwa Akufo-Addo, not to take it kindly to matters involving security agents discovered to comprise their jobs by associating with, or directly or indirectly aiding criminals to make the nation ungovernable for him and insecure for the citizenry. Security, safety and protection of the citizenry are always the number one duty of any President of a country. Therefore, if the very security personnel tasked to ensure the realisation of such protections are the very those endangering them, then they are not worth their calling and deserve to be sacked without and ifs or buts.

Unless our leaders stringently apply the rule of sack employees found guilty of gross misconduct, the security and development of the nation will always be compromised.

I shall be back to speak about this deplorable, unprofessional, and corrupt attitude by the nation's security operatives. Shameful of those indulged in such criminal behaviours. The rotten nuts within the forces must be found and dealt with by the laws of the land.