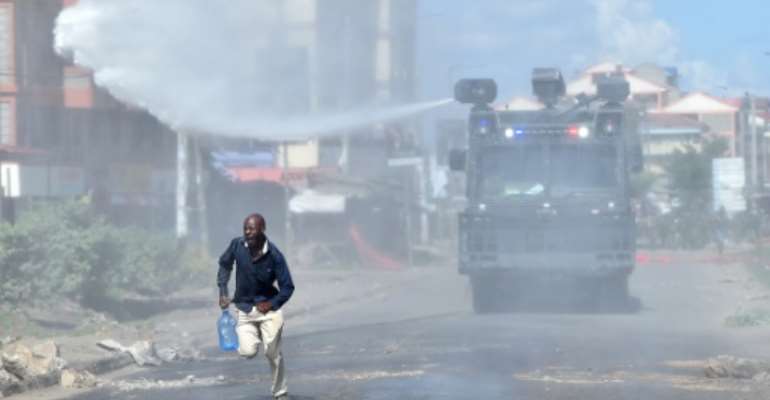 Kenyan President Uhuru Kenyatta on Tuesday pushed for constitutional changes to resolve the cycles of election violence in the country, a hot button issue that has divided the political class.

Kenyatta's plea came as ahead of a much-anticipated report on suggested reforms to be issued in the coming days, after two years of public consultations that have seen leaders traverse the nation drumming up support for the process.

The Building Bridges Initiative (BBI) came about after Kenyatta and opposition leader Raila Odinga in 2018 stunned the nation by shaking hands and pledging to promote unity after a drawn-out 2017 election battle left more than 90 people dead.

"The question... requiring a constitutional consensus is therefore this: How do we resolve the winner-take-all situation within a context of competitive politics as required by democratic practice?" Kenyatta said in an address to a crowd on a public holiday celebrating the country's national heroes.

"This question of 'us' versus 'them' must come to an end."

'Take care of our diversity'

Kenya, with its diverse population and large ethnic voting blocs, has long suffered politically-motivated communal violence around election time, notably after a 2007 poll when over 1,100 people died.

That election led to a power-sharing government, in which Odinga was prime minister, and a new constitution in 2010.

However the 2017 election again led to chaos, with Odinga crying foul over fraud and the Supreme Court ordering a rerun due to irregularities, which Kenyatta won.

"It would, indeed, be a tragedy if, come subsequent elections, we will not have resolved this dilemma," Kenyatta said.

"Can we adopt a constitutional arrangement that takes care of our diversity as a people?"

The BBI process, and Kenyatta's rapprochement with Odinga, has led to a public feud with deputy president William Ruto who has suggested the pair want to create a prime minister post for Kenyatta, who is not allowed to seek a third term in 2022.

"We should not give my suggestion the parochial interpretation of creating positions for individuals," said Kenyatta.

The spat has called into question Kenyatta's promise to Ruto that he would back him in the next election, with Odinga emerging as a potential successor.

Kenyatta, who is an ethnic Kikuyu, and Ruto, who is Kalenjin, struck a political alliance in 2013 as both were probed by the International Criminal Court (ICC) over the 2007 violence which pitted their communities against each

The tensions were clear at the Mashujaa Day celebrations, with Odinga -- who has no official position -- praising the BBI process in a speech, while Ruto appeared to dismiss it.

"I guess we will have a robust national conversation that will bring everybody on board," he said, adding he did not want to go into the topic on a national day.