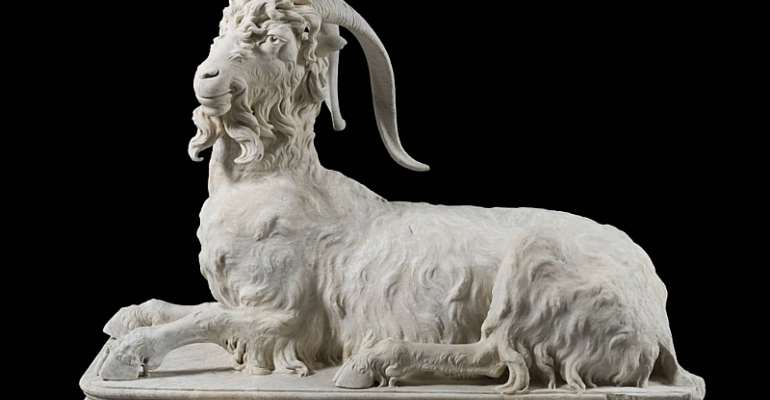 More than 90 works of the Torlonia Collection, the largest privately owned collection of classical sculpture, have gone on display for the first time in Rome. The Greek and Roman masterpieces, restored to their ancient glory at the Torlonia Laboratory, have never previously been seen by the public at large.

The exhibition – The Torlonia Marbles, Collecting Masterpieces – is on until the end of June 2021 in the newly renovated spaces of the 16th century Palazzio Caffarelli, overlooking the Roman Forum, which is part of the eternal city's Capitoline Museums.

It is curated by Salvatore Settis and Carlo Gasparri, both archaeologists and academics of the Accademia dei Linceil.

The 620-piece Torlonia Collection, which has been hidden away for more than 70 years and preserved for more than two centuries, provides an important testimony of the history of collecting items of antiquity.

It comprises an exceptional artistic heritage and includes spectacular marble, bronze and alabaster statues, busts, reliefs and sarcophagi dating from the 5th century BC to the 4th century AD.

In the tradition of noble families, Prince Giovanni Torlonia and his son Alessandro, collected the antiquities in part from 19th century archaeological excavations in many of the families' various estates in and around Rome. These included Roma Vecchia on Via Latina, the Villa di Massenzio and the Vlla dei Quintili, as well as Porto, Sabina and Tuscia.

Alessandro Torlonia, who died three years ago, set up the Torlonia Foundation in 2013 with the aim of preserving and promoting the Torlonia Collection and Villa Albani Torlonia: “cultural heritage of the Family for humanity” to be handed to future generations.

In March 2016, the Italian Ministry of Culture came to an agreement with the Torlonia Foundation to put the works on display.

Italian luxury brand Bulgari, passionate about arts and culture, worked with Torlonia Foundation to fund the restoration of the selected sculptures. The maison, known for its fine jewellery and watches, also restored the Spanish Steps in 2014.

The agreement also stipulates that the exhibition will tour abroad after it closes in Rome. Discussions are in progress with major international museums in Europe and the United States but have been slowed down by the Covid-19 pandemic.

The Rome exhibit was originally due to launch in April, but the opening had to be postponed, more than once, due to coronavirus.

Culture Minister Dario Franceschini said that it was unfortunate that COVID-19 restrictions would limit the number of people who can visit as well as the show's near-term lending prospects. He added that the works “take your breath away.”

Latest Photo Reports
Catch up with all the political quotes from our politicians.
Advertise here
More Europe
ModernGhana Links
Biden calls for talks with Macron amid submarine row
Lavender takes root beyond Provence, in France's sheep country
French tightrope artist takes a hair-raising walk across the Seine
Global temperatures on the rise as world fails to meet Paris agreement emissions targets
Paris court comes to terms with the indescribable as events at the Bataclan are remembered
After fires, Europe's Med leaders pledge climate cooperation
Air France plane makes emergency landing in Beijing after "technical incident"
France's Macron unveils high-speed train as SNCF gets ready to shed up to 3000 jobs
'Reinvention' is the future of heritage, says French president
TOP STORIES