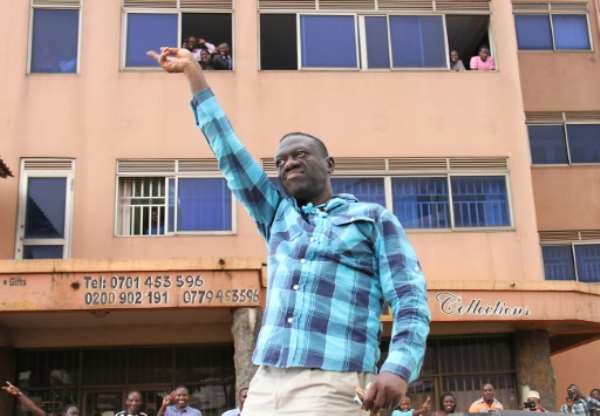 In the next 6 months, elections will be a vague memory after everything Kiiza Besigye said about them is proved to be true. FDC, I presume, takes part in elections because it recognises that elections are not going away here anytime soon—that’s why FDC has over 300 people nominated as MPs. Whether they are rigged or not is another matter.

The good news is that it seems Besigye hasn’t given up on the struggle—he often projects strength and persistence, and that’s what I saw in his address in Fort portal yesterday. In all matters, belief in something greater than oneself helps survival rates. It's largely a matter of having a sense of belonging.

Dr.Besigye reminds me of another doctor called Victor Frankl who was a Jewish psychiatrist who survived years of unspeakable horror in Auschwitz and other camps during Hitler’s Germany. Auschwitz was the most notorious of the Nazi death camps. A lot of things happened there: the horrific abuse and torture, the extremes of human degradation, and the countless deaths through disease, violence, starvation, and the infamous gas chambers. Victor describes all this in his book, ‘Man’s Search for Meaning’.

One of the most fascinating revelations in this book is that, contrary to what you would expect, the people who survived longest in the death camps were often not the physically fittest and strongest, but rather, those who were connected with a purpose in life. If prisoners could connect with something they valued, that connection gave them something to live for, something that made it worthwhile to endure all that suffering.

Frankl’s own sense of purpose came from several sources. For instance, he deeply valued his relationship with his wife and was determined to survive so he could one day see her again. The love for his wife helped him to bear any pain from brutal beatings. Similarly, Besigye seems to be driven by the fact that he wants to see a better Uganda for himself and his children. That incident of February 1981 when he was preparing to fly to Nairobi changed Besigye’s life for good.

He explained to his captors that he had planned to buy stethoscopes in Nairobi and wasn’t involved in any rebel activities, but they continued to hold him prisoner. And that was the starting motivational factor that lured him later to join Yoweri Museveni in the bushes of Luwero.

Frankl studied firsthand survival in the hell holes of Nazidom. He concluded that an important factor was attaching meaning to one's existence. What that meaning was, was much less important than the fact of attaching meaning to one's life. It could be as trivial as being determined to be first in the bus queue the next morning. Some people live industriously because they are far too busy to die.

I sense a Besigye come back soon because he has some unfinished business. Life involves hard work. All meaningful projects require effort, whether you’re raising kids, involved in a political struggle, or starting your own business. Those who are in politics to only achieve certain goals will crack after losing elections, but those in it for values will keep going, even if they lose four times in a row. Connecting with our values gives us a sense that our hard work is worth the effort.