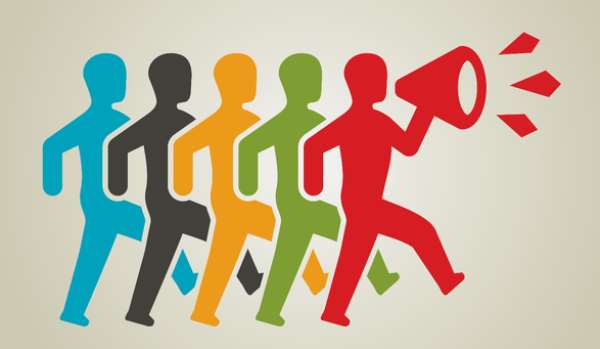 Civil Society Organisations including Faith-Based Organisations in Ghana have been called upon to agree on how to work together to ensure that international treaties and conventions are internalised and domesticated in the country.

Ms. Hannah Owusu Koranteng, Associate Executive Director of WACAM, speaking at a virtual Workshop on the need to support the UN Binding Treaty Agreement, lamented that corporate entities working with states and international finance institutions have developed an architecture of impunity to ensure extractivism and perpetuate vulnerability of indigenous people in more or less binding obligations that affect indigenous people and citizens.

Speaking on “Supporting Indigenous people to Reclaim Sovereignty, Dismantle Corporate Power and Stop Impunity: the Case of Natural Resource Governance” at the October 7 virtual Workshop, she said there was the urgent need “to assess the relative strengths and weaknesses of two key principles through which legitimate participants within global governance might be recognised: the ‘all-affected principle (Democratic inclusion especially of indigenous people)’ and the ‘all-subjected principle’(tailored to the discretion of governments).”

The Workshop was organised by Caritas Ghana in partnership with DKA Austria and Misereor Germany aimed at heightening awareness of Local Civil Society Organizations, especially members of the faith-based Organisation -FAITH in Ghana Alliance, about the Binding Treaty process and how they can influence the Government of Ghana to support the Binding Treaty.

On the topic: Securing Government of Ghana’s Support for the UN Binding Treaty Agreement Related to Corporate Responsibility, it was also aimed to strengthen collaboration and partnership among church and non-church actors to put social pressure on international policymaking bodies to hold multinational corporations accountable for their investment policies and ensure access to justice and respect for human rights.

She noted that by dealing with power asymmetry and matching up to corporate games, CSO’s also need to be empowered with the right technical knowledge and skills to hold corporations accountable, adding “Empowering affected people to demand the protection of lands, livelihood and environment is another surest way.”

Ms. Koranteng stated that “The struggles of millions of people and thousands of organisations around the world are aimed at dismantling such quasi binding and binding treaties that suppress the rights of indigenous people and their allies.”

The global governance theorists live in disbelief and disagree on the standard by which the legitimacy of global governance arrangements might be assessed, saying that “Participation of community and indigenous people in legitimate discussions on the use of and conservation of natural resources have been downplayed to mere information provision.”

According to her, some solutions might include the rights of indigenous people to eliminate corporate impunity and provide permanent sovereignty to people and nations to free citizens from colonialism /neo-colonialism had been established in the 1962 resolution No. 1803 (XVII) that states among others as follows:

"The right of peoples and nations to permanent sovereignty over their natural wealth and resources must be exercised in the interest of their national development and of the well-being of the people of the State concerned."

The exploration, development and disposition of such resources, as well as the import of the foreign capital required for these purposes, should be in conformity with the rules and conditions which they freely consider to be necessary or desirable with regard to the authorisation, restriction or prohibition of such activities."

According to her, the UN Guiding Principles on Business and Human Rights which was adopted in June 2001, places responsibilities on states to and business to prevent and address business-related human rights abuse, and that governments and businesses must place human rights at the heart of business agenda.

She noted that the African Charter on Human and Peoples’ Rights which came into effect in 2005 recognises the indivisibility of all rights and the justiciability and states in Article 22: “all peoples have the right to their economic, social and cultural development with due regard to their freedom and identity and in the equal enjoyment of the common heritage of mankind.”

She pointed out that “In furtherance to this, African Convention on the Conservation of Nature and Natural Resources (Revised Version) (July 11, 2003) Broadly aims to promote environmental protection, conservation and sustainable use of natural resources, and to coordinate policies in these fields.”

According to him, “It is our duty as citizens and as Christians to promote the dignity of our people even in their desire the acquire the basic necessities of life.”

On the role of the UN Binding Treaty in supporting effective implementation of the African Continental Free Trade Area (AfCFTA) Agreement, Sir Prah said though the AfCFTA is supposed to benefit even the smallest entrepreneur on the African continent with a tradable product or service, it is safe to assume that those likely to benefit most from its operations are the big industries and corporate entities on the continent, mostly foreign owned.

“The foreign Corporations bring in the technology and the financial resources ostensibly to support the development of countries in Africa, actually not a bad thing. But often shamefully fronted by locals, these investors promise better life for the indigenes whose lands and other natural resources are taken over,” he stated.

He added “In the end and as has been shown by many examples in Ghana and elsewhere in Africa, the promised better life becomes illusory, driving the indigenes further and deeper into poverty.

He pointed out that “Mining and previously timber rich towns in Ghana are clear examples of what foreign investment has done for locals and the real resource owners. In many of these places, in spite of resource exploitation spanning several decades, the people still wallow in poverty with no real improvements in their lives while the owners of the technology and their executives live in opulence.”

“The nearest some of the indigenes come to is to be employed on exploitative wages, often times laced with disrespect and human rights abuses.,” he averred.

Ms. Erika Mendes of Friends of the Earth International (FoEI) in Mozambique, who spoke on “The Binding Treaty Process and the Role of African Governments, especially Ghana,” said there was the need for countries to get involved by

“sharing information, building capacities and mobilizing with others who are already supporting the Treaty in your country or region.”

According to her, there was also the need for letters to be sent governments to pressure them to engage in the process and to work with civil society as well as articulate their demands towards a strong and effective treaty text – not just any treaty.

“The Global Campaign to Dismantle Corporate Power and Stop Impunity is a collective of more than 200 grassroots organizations, social and environmental movements from all regions of the globe,” she noted.