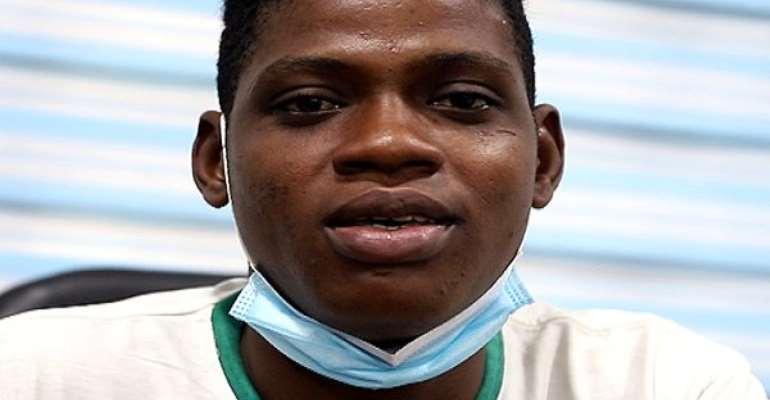 Mr George Asamaney, Lawyer for James Nana Womba, prime suspect in the murder of Professor Emmanuel Yaw Benneh, has called for an independent investigation into the death of his client in police custody.

Mr. Asamaney also said the post mortem on Womba should also be conducted by an independent body.

Reacting to the death of Womba in Accra, Counsel said: "We are all shocked. I called the mother of Womba this morning so we could have discussions. Not quite long, I received a call from Womba's mother that some armed Police personnel from the Criminal Investigation Department had informed her of her son's death."

According to Counsel, Womba's mother said the Police asked her to be present so that an autopsy would be conducted on Womba's body tommorrow.

Counsel said the family would like to go and examine the body, adding that at the last court's sitting, nothing suggested that Womba was sick and we never expected anything like this.

“We would plead with the Police administration to allow an independent investigation so we can take up from there,” he said.

Womba is said to have masterminded the death of the Law lecturer with three others.

So far two persons including Opambour Agya Badu Nkansah are in the custody of the Police.

Womba, last week Wednesday, appeared before the Kaneshie District Court looking healthy. However his accomplice Nkansah was unwell and he was taken to the hospital by the Police.

Womba and Nkansah have been charged with conspiracy and murder.

Prosecution had informed the Court that, the Police are on the heels of the two other suspects.

Prof. Benneh was killed at his residence in cold blood at Adjiriganor in September this year