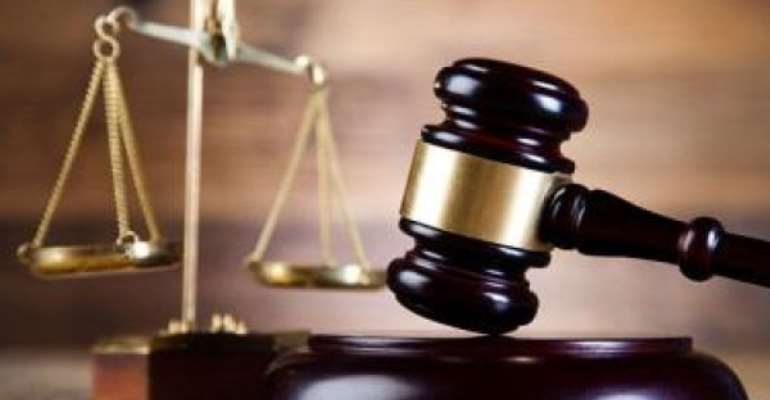 The Enchi District Magistrate court has granted a GH￠3,000 bail with two sureties to a 24-year-old farmer who allegedly threatened to harm his own father.

The accused, Emmanuel Gyebi, denied charges of threat of harm, stealing and causing unlawful damage, and would re-appear before the court on October 22.

He said the complainant lives in the same house with Gyebi, who is his son at Kwaku -Attah in the Aowin Municipality

He said the accused quarrels with the complainant at the least provocation.

On September 2, 2020, Gyebi approached the complainant and requested for his share of money for a palm wine they tapped a year ago.

The Prosecution said the complainant then told the accused that he had nothing to offer him since he had already stolen three gallons of wine valued at 600 cedis for sale.

Accused became provoked over the statement, entered the complainant's room, caused damaged to his multi TV decoder valued GH150 and also threatened to kill and cut him into pieces if he refused to give him his share of the money, the prosecutor narrated.

He said accused finally drove the complainant and his wife from their place of abode.

Detective Inspector Agyare said the complainant then reported the matter to the Enchi police and the accused was arrested for questioning.