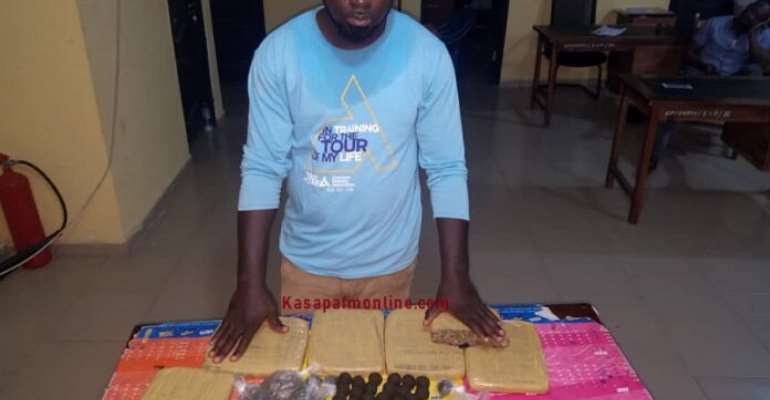 A Journalist, Augustus Akwasi Koranteng has been arrested for unlawful possession of narcotic drugs in Agona Swedru in the Central Region.

According to the police, they have had several complaints of a person possession narcotic drugs without authority which investigation was ongoing and the suspect was identified to be the supplier of the substance.

A search was conducted in his room and the remainder of the mentioned substances found in his fridge were retrieved.

He was then arraigned before the Swedru circuit Court and granted bail in the sum of GH¢ 50,000 with two sureties, one to justified.

His passport was deposited at the court registry to prevent him from traveling to escape trial.