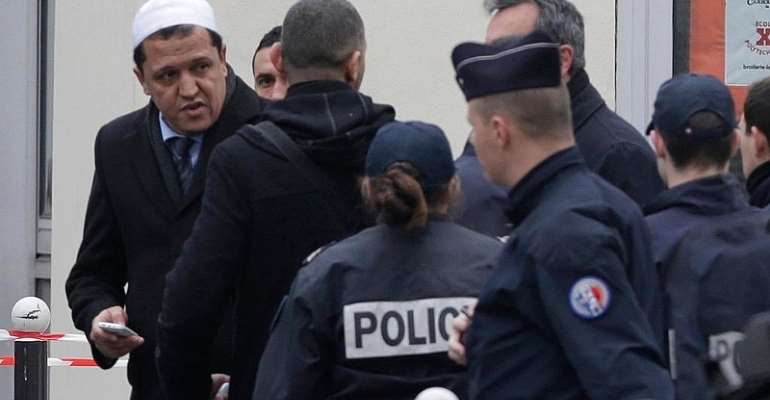 The president of the organisation that officially represents imams in France has told parents to “wake up” and ensure their children do not slide into hatred and murder, following the beheading of a teacher in Paris's north-west suburbs on Friday.

The president of the Conference of Imams of France, Hassen Chalghoumi, regularly receives death threats himself from Islamists for his outspoken criticism of their activities.

He spoke with passion on French television station BFMTV on Monday morning following the beheading of a French school teacher by an Islamist terrorist.

“I say to parents, 'wake up'. They must watch over their children, over these young people before they become criminals and murderers like Merah, Kouachi, Coulibaly, that generation of hate,” he said citing the names of some of the Islamist terrorists who have killed since 2012 in France.

“This sort of thing doesn't even happen any more in Baghdad or Afghanistan. It brings shame on humanity."

'Same rights as everyone else'

Later, Chalghoumi went to Conflans Saint Honorine, the town where Samuel Paty was killed on Friday.

“We have all our rights in France, we have the same rights as everyone else,” he declared.

Islamism the 'enemy of Islam'

The imam praised Interior Minister Gérald Darmanin, who announced on Monday that the anti-Islamophobia group CCIF might be dissolved.

The group exists officially in order to combat Islamophobia but has been the subject of much criticism. Darmanin said on Monday: “There is reason to believe the group is an enemy of the Republic."

“We have had enough of this 'victim' mentality,” said Chalghoumi of the CCIF. "We want a responsible discourse.

"People must support a free and independent press,” he added, describing Islamism as the enemy of Islam.