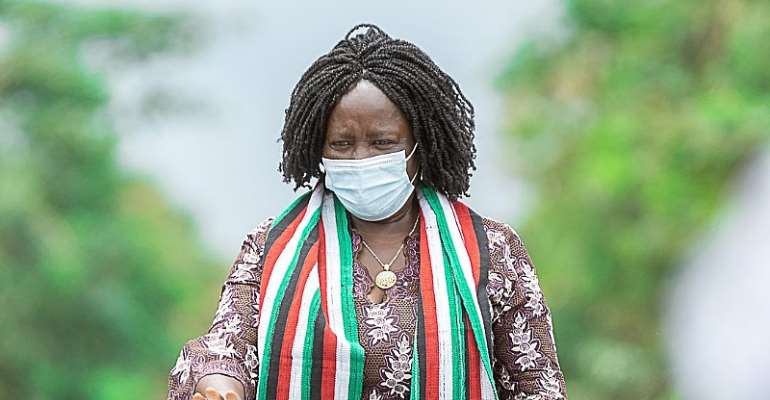 The opposition National Democratic Congress (NDC) has promised to build a new Muslim College of Education to train Arabic teachers should the party win the upcoming general elections.

The Vice Presidential Candidate of the party, Prof. Jane Naana Opoku-Agyemang revealed this during a meeting with Zongo Chiefs in Ejura Sekyedumase as part of her 6-day tour of the Ashanti Region.

The Vice Presidential Candidate begun a six-day campaign tour of the Ashanti Region on Thursday, October 15, 2020,

According to the party, the tour “will give her an opportunity to engage interactively and deliberate on issues of national concern with traditional authorities, professional, youth and women groups, religious leaders, civil society organizations and citizens of the region from all walks of life.”

She stated that the school will help to give Muslim teachers the appropriate training.

“Our manifesto covers the needs of Arabic teachers. We want to establish a Muslim College of Education so that Muslim school teachers can have better training.”

Prof. Opoku-Agyemang also used the opportunity to explain to the Zongo Chiefs the rationale behind the facilitation of mortuaries for Zongo communities and described the call against the initiative as disrespectful.

She stated that the initiative was not made on the party’s own merit but as a means to address concerns of people in the mortuary field.

“Those complaining and making fun of our mortuary initiative have no respect for human beings. This initiative was decided on after careful deliberations with key stakeholders. They made us understand that they have ways in which they handle dead bodies, but they are not at liberty to follow customs at the mainline facilities. It was based on these concerns that we added this initiative to our manifesto”.