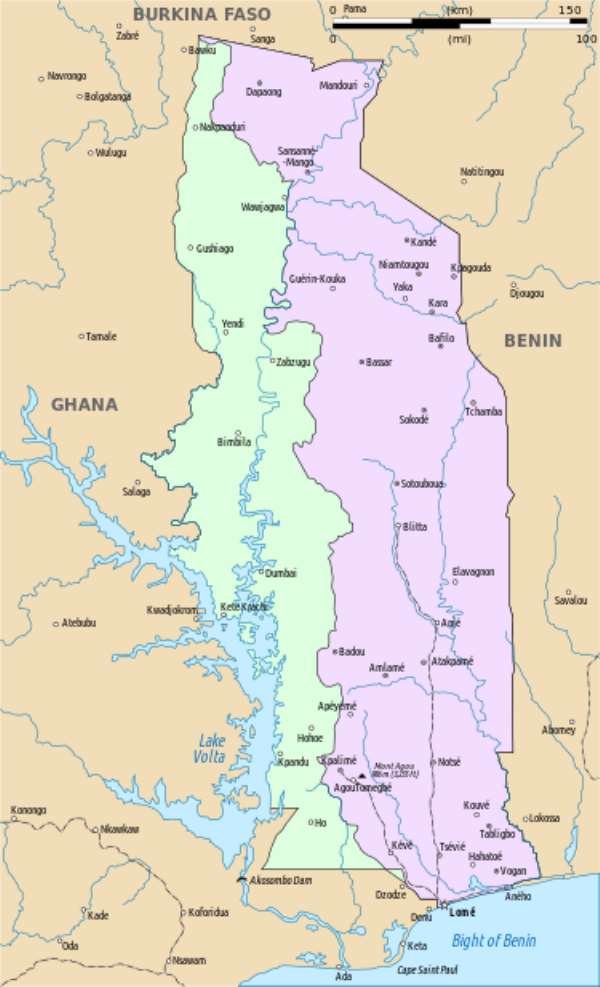 I came across a writeup which was supposed to be an argument in court against the sitting Awɔmefia. I noticed that the lawyer for the plaintiff was one Captain Effah Dartey. I wasn't very sure about the name so I decided to find more information about the dear lawyer who cares so much about putting things right in Aŋlɔ.

The first details I came about was his profile. He being a politician on the side of the new patriotic party and a background information which Stated that he hailed from Berekum.

I wasn't very convinced so I went on to read. Lo and Behold, an article popped up titled, " Captain Effah Dartey narrates how Western Togoland was named after a German Army General" I read the article and it was exactly what the title summarized.

Instantly, I became very confused but ofcourse not very surprised because in my short life I have met many people with big titles who do not qualify to speak on certain subjects by for lack or want of a person with a title.

Togoland has a very complex history which many do not know or simply do not want to do a proper research on. Therefore, many people just make wild claims and get away with them. And as long as they do not find anybody to correct them or point them in the right places, these speculations become their truths and facts, and they continue to pass them on.

Lawyer Effah Dartey was right about Togoland extending to Keta. But in fact the southern Volta Region would better be described as a contested territory or for want of a better word a jointly run territory between the Germans and the English. The Germans took care of the Education, Religion and to some extent trade whilst the British also traded but pretended to administer the zone because they were in control of the fort. You would realize that when Togoland was being divided between the English and the French, the French got significant land on the coast whilst the British took only a thin share from Aflao upwards, this was because the allies knew that the southern part of the Volta region was not entirely a British property so it was counted among the spoils of war.

Lawyer Effah Dartey was however, completely out of place when he sought to claim that a German general called Togo gave his name to the area. In fact, the first German Navy official who came claim the place as a German protectorate is called Gustav Nachtigal and the first chief of king he encountered and signed the agreement with was King Mlapa of a place called Tɔgodo in today's southern Togo. Some historian claim it was the name Tɔgodo that has been corrupted, shortened and given to the area, But let us face it the region itself falls within the Volta and Mono rivers which makes the entire area Tɔgɔdo whether you are coming from the east or west. That is why even here in Ghana we have Tɔŋu people which means people living by the river. Therefore, Togo is an Ɛʋɛ name and represent an identity of a people and not the name of any General.

Concerning General Togo, the name that comes close to this is General Tojo of Japan. He was a general of the imperial Japanese Army who also served as prime minister, however he was born in 1884 the same year of the Berlin Conference so he couldn't have been the one who named Togoland because Togoland started taking shape in this same year.

In as much as I love my root and culture, I do not want to touch on Aŋlɔ chieftaincy issues because to me it goes way back, but permit me to advise that if people from the Adzovia clan wish to find a real heir for the Awɔmefia throne they should find a lawyer who knows the history of the Ɛʋɛ people and is interested in the welfare of the Ɛʋɛ people and not just any lawyer.