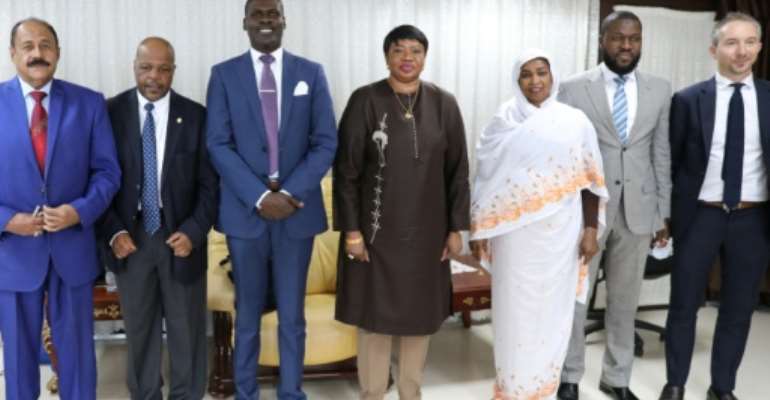 Sudan said Monday that talks with the International Criminal Court have covered options ranging from a handover to forming a hybrid court to try ousted president Omar al-Bashir over the Darfur conflict.

The options have been discussed during a visit to Khartoum since Saturday by ICC prosecutor Fatou Bensouda aimed at putting to trial those accused in the conflict that cost hundreds of thousands of lives.

Bashir, 76, has been wanted by the ICC for nearly a decade over charges of genocide, war crimes and crimes against humanity in the ravaged region of western Sudan.

"We discussed several options and suggestions relating to ICC cases and we are looking forward to reaching a common vision," Justice Minister Nasreddin Abdelbary told a news conference.

"These options include handing (them) over, appearance (before the court), forming a hybrid court or a special court following consultations with state institutions and families of the victims," he said.

An ICC delegation headed by Bensouda is due to stay until Wednesday and has been meeting senior Sudanese officials.

Both are in custody in Sudan.

Bashir, who ruled Sudan for 30 years, was ousted in April 2019 by the military following months of mass street protests against his rule.

His tenure was marred by multiple conflicts including in Darfur, South Kordofan and the Blue Nile states.

Darfur was the scene of a bitter conflict that broke out in 2003 between African minority rebels, complaining of the region's marginalisation, and government forces.

The United Nations estimates the fighting killed 300,000 people and displaced 2.5 million others.

Militia leader Kushayb, a top commander of the government-backed Janjaweed forces accused of carrying out some of the worst atrocities in Darfur, surrendered to the ICC in June, and he is now also in custody.

He faces trial on 53 counts of war crimes and crimes against humanity.

Since his ouster, Bashir has been jailed in Khartoum's intensive security Kober prison.

Last December, he was convicted of corruption and faces a second trial in Khartoum over the 1989 Islamist-backed coup that brought him to power.

If convicted, Bashir and 27 other co-accused -- including former top officials -- could face the death penalty.