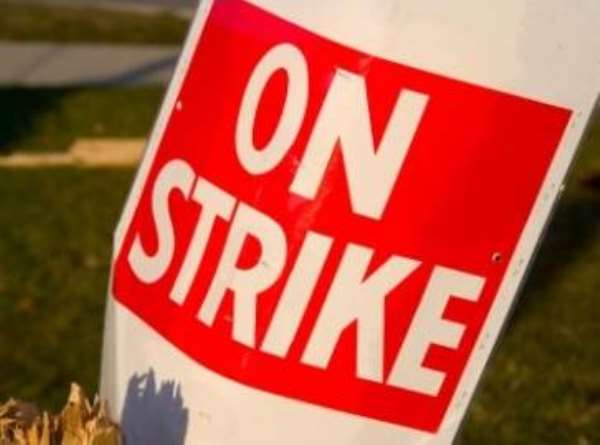 It appears the Senior Staff Association of the University of Ghana has been exposed following its decision to embark on a strike action which started today.

It is now emerging that the decision to embark on the strike action was hatched hours after it came out the education sector has not experienced any demonstration under the current administration.

That feat angered certain members of the Senior Staff Association of the University of Ghana affiliated to the largest opposition party, the National Democratic Congress (NDC), who quickly rallied members of the association for the strike action.

Certain members of the association feel embarrassed by the action at the time that universities have been closed down because of the dreaded COVID-19.

Again, there are other members of the association who feel that the strike action was simply irrational because the issues they are raising are being dealt with by the Teachers and Educational Workers Union (TEWU).

There were divided positions on the strike but the politics aspect overshadowed those who raised issues, genuine concerns against the strike action.

At a press briefing in Accra on Friday October 16, to announce the strike, the Chairman of the association, Abdul-Majeed Yussif, said all efforts to draw the government's attention to their issues have proved futile.

“We have tried on several occasions to draw the government's attention through appropriate agencies, such as the Ministry of Education, National Council for Tertiary Education, to unfavourable policies responsible for the deteriorating conditions of service of senior staff.

“These include study leave with pay, appointments, and promotions, medical care for staff and their dependents,” he said.

However, the action could count among one of the irrational strikes because the Senior Staff Associations of various public universities have been told and are aware that the policy and white paper on “interim market premium” makes it the sole prerogative of the employer to determine who should be paid.

Within the University of Ghana Community, there are murmurings that the Senior Staff Association members are fully aware that they are not qualified for what they are demanding for.

In the estimation of those raising legitimate questions, the association is using blackmail and subterfuge to demand what they know they are not qualified for,

Again, majority of the members of the Senior Staff Association, if not all, are members of Teachers and Educational Workers Union (TEWU) and ought to know that the issues they are raising are exactly the same that are the subject of negotiations between TEWU and the Fair Wages and Salaries Commission (FWSC).

According to sources, after the declaration of the strike, the UG Senior Staff tried to convince their colleagues in other public universities to embark on similar action but could not get their attention.