'I am more Charlie than ever,' says French PM after beheaded teacher attack 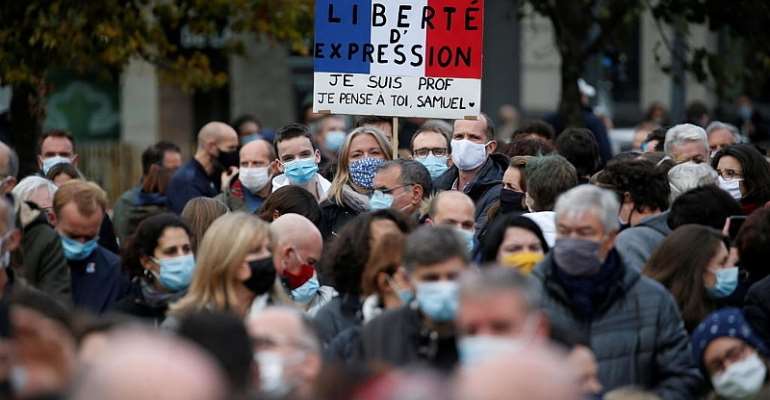 Following the killing of school teacher Samuel Paty for showing cartoons of the prophet Mohammed, French Prime Minister Jean Castex stated that he is “more Charlie than ever.”

“I tell you again: I am more Charlie than ever,” Castex told Le Journal du Dimanche, referring to the “Je suis Charlie/I am Charlie” slogan that resonated around the world after Islamist gunmen killed 12 people at the Charlie Hebdo satirical magazine in 2015 for publishing caricatures of the prophet.

“This tragedy affects each and every one of us because, through this teacher, it is the Republic that was attacked," Castex said.

He asserted however that “Islamist terrorism will never win, because freedom and conscience will always be stronger.”

Castex also said that a strategy will be put in place for a faster and more effective response when a teacher is threatened. “We are working closely with the entire educational community to achieve concrete actions as quickly as possible,” he said adding that the entire country was behind the teachers.

He added that the state will live up to its commitment by responding with the greatest firmness to all enemies of the Republic. “We will not give up anything, we will never give up what we are: free and enlightened citizens, in a secular and united republic, one and indivisible.”

Meanwhile, thousands of people rallied in central Paris on Sunday in a defiant show of solidarity with the teacher.

Demonstrators on the Place de la Republique held aloft posters declaring: "No to totalitarianism of thought" and "I am a teacher" in memory of Samuel Paty.