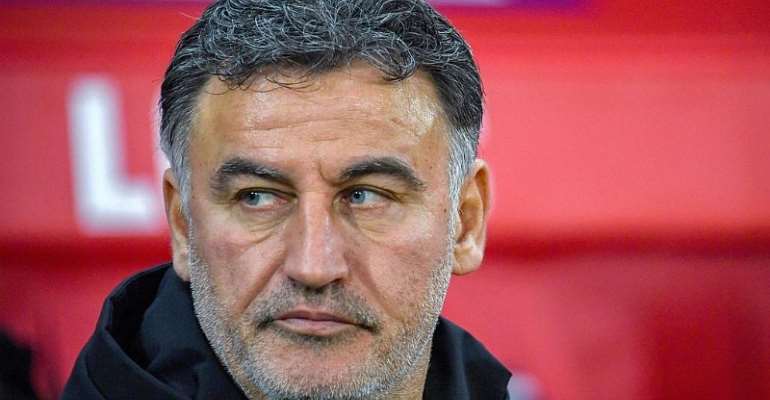 Lille boss Christophe Galtier has praised the hard work and discipline of his players after a 4-0 drubbing of local rivals Lens propelled them to the top of Ligue 1.

Burak Yilmaz opened the scoring for Lille after 11 minutes on Sunday night at the Stade Pierre Mauroy and Jonathan Bamba doubled the advantage for the hosts just after the pause.

Lens, who could have gone top with victory, imploded. Jonathan Gradit was dismissed for a second bookable offence in the 57th minute and after Jonathan Ikone had made it 3-0, the visitors lost Clement Michel who was given a straight red.

Yusuf Yazici added the gloss 11 minutes from time.
“Scoring early in each half was ideal,” said Galtier. “And the red cards made it even easier for us. We're in a good moment but that's because of the effort put in each day by the players. They're responding to what we ask of them and they're doing it on the field.”

Coronavirus
Lille were in fourth place when the 2019/20 season was declared over as part of the French government's attempts to stem the spread of the coronavirus pandemic.

Club bosses have targeted a place in Ligue 1 that leads to featuring in the 2021/22 Uefa Champions League.

“That's what the hierarchy wants,” added Galtier. “But that's what a lot of other clubs will be after. We've just got to make the most of this good start to the season."

Paris Saint-Germain are second in the league following their 4-0 destruction of Nimes on Friday night. They are ahead of Rennes on goal different.

While Lille begin their Europa League campaign on Thursday night at Sparta Prague, PSG and Rennes start their quests for the Champions League at home.

On Tuesday in Group E, Rennes entertain FC Krasnodar at the Roazhon Park and in Group H at the Parc des Princes, PSG host Manchester United.