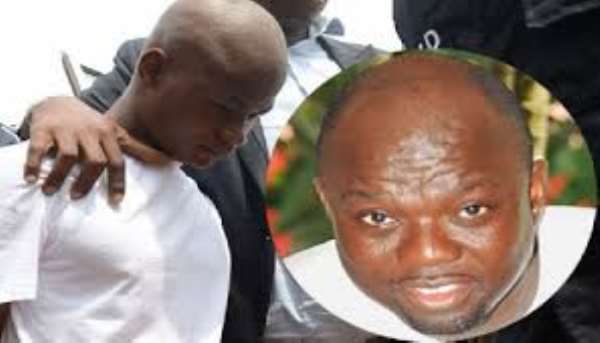 An Accra High Court has ordered the office of the Attorney General (AG) to file all documents in the case of two persons standing trial for the murder of the Abuakwa North MP, J.B. Danquah-Adu, before the next date.

The AG's Department is to ensure that the disclosures which form part of the prosecution's case against the two suspects are served on lawyers for the accused persons as well.

The order by Justice Lydia Osei Marfo came after the prosecution led by Sefakor Batse, a Principal State Attorney, told the court that they have all their prosecution documents ready but were yet to file them.

The court has also ordered the registrar to ensure that hearing notice is served on Augustines Obour, who is counsel for Daniel Asiedu (aka Sexy Don Don) and Vincent Boso, the accused persons being held in connection with the killing of then NPP MP.

The court had at the previous sitting ordered the registrar to serve the hearing on the lawyer personally.

The order became necessary because the lawyer had not been in court a couple of times when the case was called.

As part of the order, the registrar is also to add the court notes of the last sitting to the hearing notice.

There was drama in the courtroom as Daniel Asiedu raised his hand indicating he had something to say.

He has the penchant to raise his hands in courtroom to draw the attention of the judge, always claiming to have something to say.

The trial judge told him that she would not allow him to speak and if he had anything to say, he should communicate it to his lawyer.

Daniel Asiedu insisted he wanted to speak, claiming he did not have a lawyer but it was the position of the court that he had one.

He then went haywire as he sat down, hitting the chair he was sitting on and intermittently made passing comments.

He also threatened to disrupt court proceedings if he was not allowed to speak, drawing the attention of the prison officers in the courtroom to calm him down.

That was not the first time he had pulled such stunt in court. He had, on many occasions, made wild allegations whenever he was given the opportunity to speak.

His lawyer at one point made a claim of 'insanity' but a doctor after psychiatric examination ruled that Daniel Asiedu was fit to stand trial.

Daniel Asiedu and Vincent Boso are before the court facing a charge of conspiracy to commit robbery while Asiedu is facing another charge of murder.

The two, according to prosecution documents between February 8 and 9, 2016, both planned to go on a robbery spree armed with a screw driver, a pair of scissors, a sharp knife, a catapult and other offensive weapons.

It said an ensuing misunderstanding led the two to part ways and while Vincent went home, Asiedu continued scouting the East Legon, Accra area and ended up in the deceased's house.

The brief facts state that Daniel found a ladder in the house and used it to climb into the late MP's bedroom through the window and began ransacking the room.

The MP was woken by the noise and he struggled with the suspect who stabbed him several times in the neck and chest till he collapsed and died.