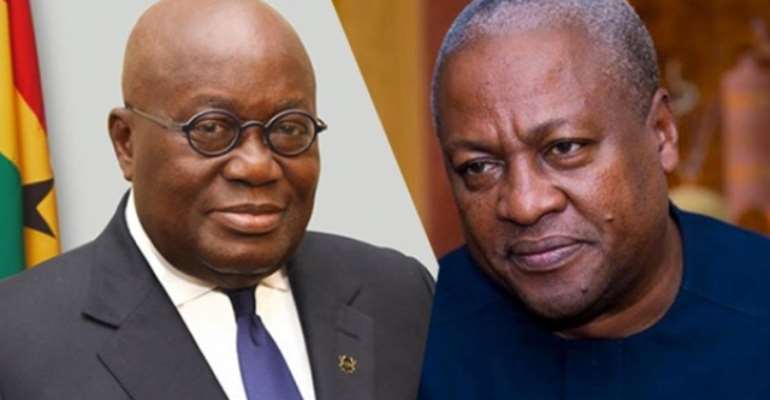 Former President Mr Mahama has called for a debate with the president ahead of the December 7 elections but Mr Akufo-Addo has declined.

Addressing the chiefs and people of Ajumako in the Ajumako-Enyan-Essiam constituency on Saturday, as part of the NDC presidential candidate’s just ended five-day campaign tour of the Central Region, Mr Ato Forson noted that a debate between the leaders of the two dominant political parties will inform electorates about the policies of the parties and help them make an informed decision on election day.

He said the Akufo-Addo government has since 2017 borrowed GHC152 billion and it is expected that, by the end of the year 2020, the national debt will hit GHC180 billion on the watch of President Akufo-Addo.

He added, the government has also generated revenue internally to the tune of GHC 367 billion. Mr Ato Forson said the huge revenue envelope the government has had notwithstanding, it has very few development projects to show for how it has spent all the money.

He said inspite of receiving less resources than the present government, the Mahama administration built roads, hospitals, water and electrification projects, among others, all over the country.

“That is why I am appealing to President Akufo Addo to accept the challenge by Mr Mahama to come for a debate so that he can properly account for all the money he had borrowed and the internal revenue generated”, Ato Forson said.

For his part, Mr Mahama said time has exposed the lies and deception employed by the NPP to win power in the 2016 election. Mr Mahama therefore urged electorates to vote for him and NDC parliamentary candidates on December 7 for them to work hard to provide jobs, free primary healthcare and state-sponsored Technical and Vocational Education and Training (T-VET)to equip the youth with employable skills in order to reduce hardship.