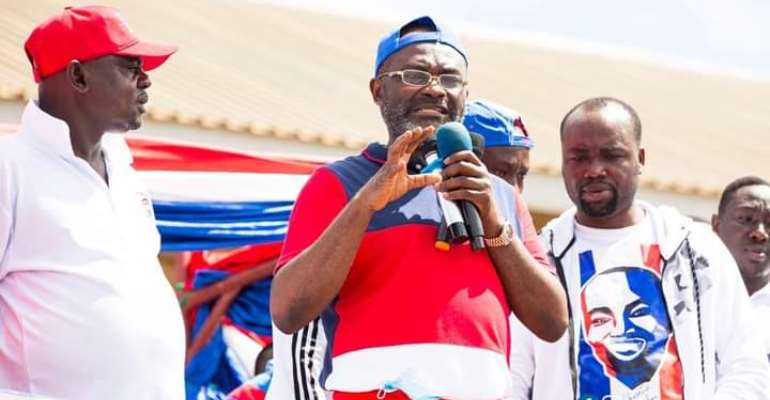 According to the firebrand politician, the parliamentary candidate representing the NDC in Akwatia is a “fraud”.

“Immediately I saw the NDC's parliamentary candidate picture I said to myself this man is a 419 candidate he can't be entrusted with the leadership and development of a big constituency like Akwatia. Akwatia deserves better, reject him and vote for Ernest Kumi and the NPP”, he said on the sidelines of a health walk at Akwatia on Sunday.

He stated that a vote against the NPP's parliamentary candidate will stall and retrogress the development of the constituency which will be a major setback, adding that the people must vote for Mr Kumi to continue the good work of the incumbent MP, Ama Sey.

He continued, “Ama Sey has clearly shown that she is a feminist and a mother for all. Her decision to rescind her quest to running as independent candidate was for the love of NPP and nothing else”.

“There are so many people saying her decision to back out was bought with huge sums of money, I want to use this opportunity to tell everyone that there's no iota of truth in such statements, she willingly rescinded her decision”, he said.

Meanwhile, Mr Agyapong asked the people to judge and draw conclusions for themselves in choosing the next leader of the country stressing that former President John Mahama has nothing to offer because he is one privileged person to have passed through all the ranks of government leadership and hierarchy.

“This Mahama wants to come again. It's unacceptable because he has nothing to offer. From being an Assembly Member to a Presiding Member, then he became an MP, Minister, Deputy Minister. He had the privilege to serve as the Vice President for four years and later on a President for another four years. For now, he is even a former President, isn't all these positions and periods enough for him to have given his quota to the development of this country”? he asked the crowd.

He added that if only Ghanaians will be constructive and decisive, Mr Mahama should not even earn any vote from Ghanaians because he is taking the country for a ride.