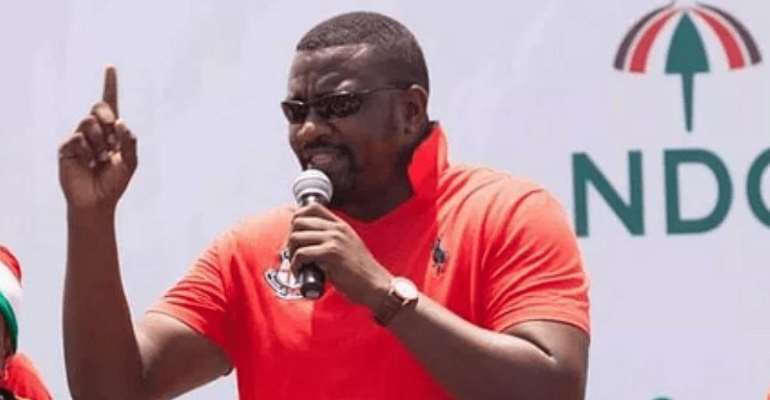 The opposition National Democratic Congress' (NDC) Parliamentary Candidate for the Ayawaso West Wuogon constituency, John Dumelo, has promised to invest 50% of his salary in the youth in his constituency, within the first two years in office as MP.

Mr Dumelo explained that part of the amount would first be used to establish a football club to give footballers in the constituency the opportunity to train and build their career.

The actor turn politician is optimistic the move will be very beneficial to the young talent who have been playing soccer on small scale to be exposed to the world and grab better opportunities.

Speaking at a mini-rally, Mr Dumelo said: “When I go to Parliament for the first two years, 50 per cent of my salary, I will dedicate that to the youth. The first thing I’ll do with that 50 per cent is to establish a football team in Ayawso West Wuogon.

“We’re tired of playing gala, it is time to make a West Wuogon Football Club so that the footballers here can get the opportunity to play in the league and also go abroad.”