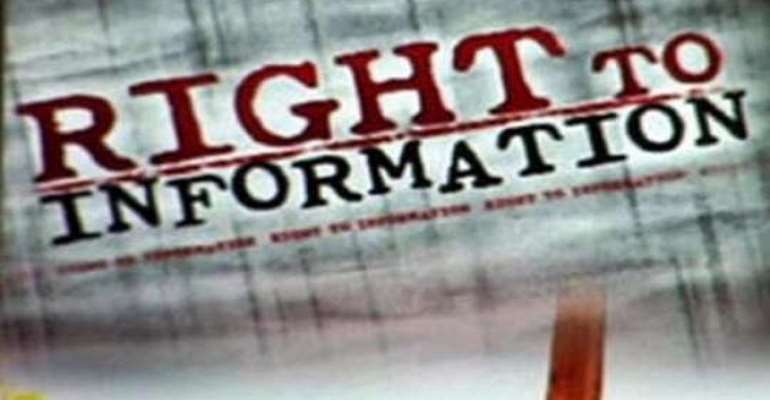 On the 2nd of October, I embarked on a fact-finding mission to get information about the budget spent so far by the ministry of health through the RTI channel.

To my surprise I was given a sack of my life by a gentleman (name withheld) he further said "they do not have any information to give me and I should leave before he calls security on me even though I had duly introduced myself to him. Lastly he said, "that so-called unrealistic bill does not apply to important state organisations like theirs".

I left embarrassed and decided to dig into the whole RTI implementation saga. In February 2020 some staff across the various MDAS,s were trained to hold the fort before the original RTI staff whose recruitment process were ongoing after they applied in December 2019.

My investigations confirmed the original RTI staff have since been recruited through all the legitimate process( Examinations and interview) in June/July and have been redundant sleeping at home whiles already on government pay role.

The most shocking revelation which came from my source at the information service department under the ministry of information which is the parent organisation supposed to implement the RTI bill is that they held a three-day training for the last month and after which they were told by their instructors to go home and find something else to do because the RTI bill is only a political white elephant they do not intend to implement in any way.

I stand for freedom and development in the media.