Towards An Efficient Economic Bloc 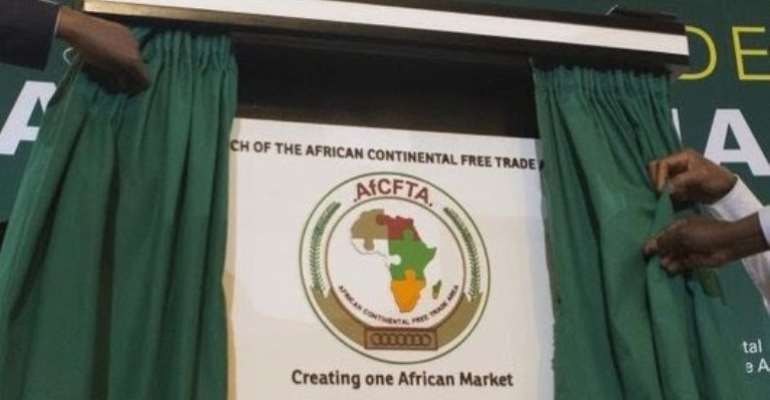 The international trade of Africa has not produced the desired outcomes. The use of embargoes, quotas and other barriers to control international trade by the Advanced Countries, does not permit African countries to maximise their fortunes in trade. So, the creation of the Continental Free Trade Area should be utilised suitably to neutralize the negative impacts of the barriers impeding international trade.

Trade restrictions can be overcome by Africa, by creating trade internally for its states. The creation of a market internally will offer alternative destinations for the goods produced in some countries that are banned in foreign markets. To efficiently utilise the bloc, member states need to establish factories or industries that can produce and feed other factories within the Continent. The importation of raw materials at high cost have been a bane to industrialisation in Africa. Many African countries import raw materials to feed their factories, usually at higher cost.

In charting a new path in trade for the African Continent, new feasibility studies need to be carried out to identify production units that are capable of producing to meet the demands of the people on the Continent. Home-grown policies in manufacturing will be key in keeping this bloc in shape and running. Africa can equally begin to embargo some products into the Continent.

The use of a single currency in the European Union has offered many benefits for the countries in that Union. The leaders of the new economic bloc can take a cue in policy, from the EU, to embark on the creation and use of a single currency. A news item on www.myjoyonline.com, published on 25th August 2020, gives the advice of a trade expert, calling on the leaders of Africa to adopt the dollar as a single currency for the continent. It will be particularly difficult controlling the demand and supply of the dollar as a common currency.

Alternatively, the leaders of the Continental trading bloc must employ experts in Economics and Finance to research into the possible use of a common currency. The creation and use of the euro can be replicated in Africa. The problems that will be associated with its demand and supply can easily be resolved by a Central Bank created for managing such a currency. With this alternative, increasing or decreasing the money supply can be done easily by the Central Bank of the bloc. The use of a single currency adopted for the bloc can be piloted initially, with a few countries.

The leaders of the bloc must establish standards for the importation and use of raw materials. With a free trade, there are no import restrictions. This is similar to a free port system. Manufacturing firms can import their raw materials from other countries on the Continent to feed their units. This may lower cost of production and subsequently prices of products. Inflation is a barrier to the effective implementation of the trade agreement. Many African countries prefer foreign manufactured goods because they appear cheaper relative to those produced locally. An effective market cannot be created if this phenomenon continues to exist.

The growth of the trading bloc will thrive on: well-functioning capital markets, lower cost of production through a reduction of interest rates, establishing efficient manufacturing units to produce goods tailored to meet the demands of the people, and later the creation and use of a common currency.