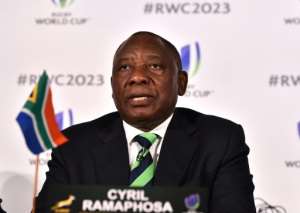 President Cyril Ramaphosa outlined the country’s Economic Recovery Plan on Thursday 15 October 202o, during which he explained that South Africa imported goods (excluding oil) are worth around ZAR1.1 trillion annually, and that if just 10% of these were manufactured locally, the country would add 2% to its Gross Domestic Product (GDP).

Further he said that the rest of Africa currently imported ZAR 2.9 trillion in manufactured goods from outside the continent, and if South Africa could supply 2% of those goods to its African peers, it would add 1.2% to its GDP. The African Continental Free Trade Agreement (AfCFTA), which entered into force on 30 May 2019, will streamline intra-African trade in manufactured goods. The first commercial deal of the world’s biggest free-trade pact is set to take off soon, on 1 January 2021.

Baker McKenzie’s research, compiled in conjunction with Oxford Economics, AfCFTA's US$ 3 trillion Opportunity (report), looked at African imports from outside the continent and revealed that manufacturing products, industrial machinery and transport equipment constituted over 50% of Africa's combined needs.

Currently, Africa’s most important external suppliers of manufactured goods are Europe (35%), China (16%) and the rest of Asia including India (14%). By contrast imports from other parts of Africa account for only 16% of total merchandise imports.

The report also revealed that over three quarters of African exports to the rest of the world were heavily focused on natural resources, primarily raw materials. The report compared Africa’s 20 largest economies in terms of the share of exports destined for other economies on the continent.

Some economies, such as Uganda and Zimbabwe, bucked the overall trend, trading more with their neighbours than other African nations do. Yet, their economies are small in contrast to those of Egypt, Nigeria and South Africa, which together represent more than half of the continent’s GDP. Egypt and Nigeria, for instance, have very limited trade relationships with their African peers. As major fuel exporters, they are focused on exports outside the continent.

Manufacturing GDP represents on average only 10% of GDP in Africa. This means that limited production capabilities within Africa are currently being compensated for through foreign imports. Yet, this manufacturing deficit could be eventually satisfied within the continent and enabled by AfCFTA.

This shows that African nations do not trade more with each other because of a misalignment between what various African countries need and what is produced on the continent. This misalignment signals missed opportunities to reduce foreign imports from outside Africa and increase trade flows within the continent.

South Africa stands to maximize the benefit from AfCFTA with regards to future growth and further trade expansion, due to its existing strong connections across the continent and its already well-established manufacturing base.

Smaller economies, such as those of Ghana and Côte d'Ivoire, also stand to benefit from the agreement due to existing favourable conditions, such as having open economies, good infrastructure and supportive business environments, and they could also quickly ramp up their intracontinental exports.

For AfCFTA to succeed fully, more countries need to diversify their production of goods to better match the import needs of their continental neighbours. As such, President Ramaphosa’s plan to increase trade in manufactured goods with other African countries is the right approach.