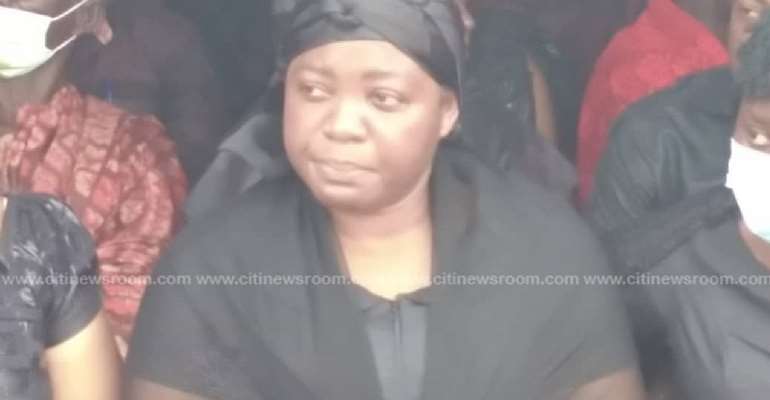 The ruling New Patriotic Party (NPP) has confirmed Mrs. Ophelia Hayford as the 2020 parliamentary candidate of the party in the Mfantseman constituency of the Central Region.

Mrs. Ophelia Hayford replaces her late husband, Ekow Kwansah Hayford, who was the party's parliamentary candidate for the Mfantseman constituency until he met his untimely death following his gruesome killing by some unknown assailants on Friday, October 9, 2020.

This decision was taken by the party's National Executive Committee (NEC) at its meeting on Sunday, October 18, 2020, in line with Article 12 of the NPP Constitution.

The party also said it had officially notified the Electoral Commission of this sad development and requested for a 10-day extension of the nomination period in line with Section 13(4) of C.I. 127 within which period, the party shall file Mrs Ophelia Hayford as its parliamentary candidate for the constituency.

The decision to settle on Mrs. Ophelia Hayford as a replacement for her late husband was taken after extensive consultations with all stakeholders including the constituents of Mfantseman, the party has said.

According to the NPP, Mrs Hayford had been a strong pillar in the political life of her late husband, and certainly, her selection as his replacement can only be a step in the right direction.

Meanwhile, the National Executive Committee has also in accordance with Article 10(10)(1) of the Party Constitution, empowered the National Steering Committee to find a replacement for the party's Parliamentary Candidate for Yapei-Kusawgu, Mr. Abu Kamara, who sadly lost his life, together with two others on Friday, October 16, 2020, in a fatal car accident.

The party will equally do so to be able to file a new candidate for Yapei-Kusawgu.

Already, the Electoral Commission will from Tuesday, October 20 and Wednesday, October 21, 2020 receive nominations for the Mfantseman constituency in the Central Region.

The regulation states that “where at the close of nominations, but before the election, one of the candidate dies, a further period of 10 days shall be allowed for nominations.”

In this regard, the Electoral Commission is extending the nomination period for the Mfantseman constituency of the Central Region to allow for the replacement of the candidate.

“Any person who intends to contest for the Parliamentary Election should send his or her filled Nomination Form to the Returning Officer of the Mfantseman constituency, at the Mfantseman District Office of the Electoral Commission. The Returning Officer shall receive all Nominations between the hours of 7.00 am and 5.00 pm on both days”, the electoral management body said in a statement.

The Member of Parliament for the Mfantseman and the parliamentary candidate, Mr. Ekow Hayford was killed by unknown assailants believed to be armed robbers last week when he was returning from community engagement.