By Njabulo S. Ndebele - The Conversation 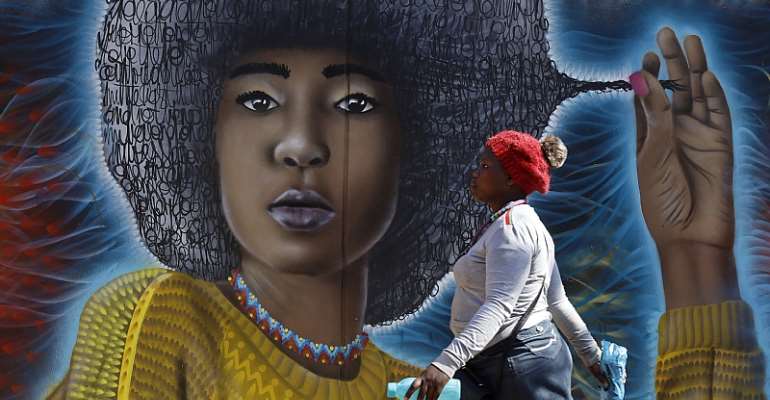 Imagine that during the COVID-19 lockdown South Africans woke up one morning to TV shows, radio broadcasts and pamphlets announcing a declaration by “white” South Africans: “WE ARE NO LONGER WHITE!”

In their statement they explain why.

They have come to a realisation that South Africa was the only real home they ever had. That they now felt at home in a country and continent where over a billion people have had to carry the devastatingly false label “black”. All because technologically advanced European nations from the 15th century onwards began to violently acquire, for their exclusive benefit, countries all over the world and the people who lived and worked on their lands. Forthwith, such conquered people existed for Europe.

Buoyed by successful seasons of repeated conquests around the world, Europeans – and where they were in the Americas – finally chose to embody the entire value of their humanity in a colour: “white”. “White” South Africans have been among the vital parts of this violent history.

“No more!” they had now declared. “We are signing out of 'global whiteness' and throwing out a false label that never had any human substance to it!”

Unlikely as such a miraculous event might be, it could be a useful reflective metaphor for giving expression to a significant unfolding shift in South African “white” sentiment towards the contemporary human environment in the country. Two historic events may be deemed to have contributed significantly towards signs of what looks like a far more committed unfolding.

The first event is one that many South Africans may have forgotten: that 68.73% of “white” South Africans voted in the 1992 referendum to give President FW de Klerk a mandate to negotiate with Nelson Mandela and the African National Congress for a new constitutional democracy. In this way they signalled a willingness to contribute to making possible a shared future with all South Africans.

The second one was an unexpected trigger for “white” South Africans to wade into the river of history and cross it as the flood levels of water were rising at the ford. The COVID-19 pandemic has seized the South African collective mind and unleashed a wave of bonding and sentiments of fellow-feeling in the face of the prospect of random collective dying.

If the referendum signal took more than 20 years flashing with urgency, COVID-19 has struck like lightning with the full force of a challenge up to now embraced with some reluctance. The optimism that combined a referendum and a negotiated political settlement now demands to be lived by all South Africans. A mural in Westdene, Johannesburg, by Norm Abartig and Nicholas Kerr. Kim Ludbrook/EPA-EFE

Realignments that are needed

If the South African constitution is the supreme law of the land, then there has to be a new covenant to achieve the intended goal of equality as a leveller among all citizens. The legacy of race-driven loyalties and solidarities must be pushed out of the way of human equality, fairness, and justice.

The constitution is as a much a life-giving leveller of human beings as the deadly, invisible virus is a leveller in the destruction of human life.

South Africa seems poised to witness major realignments in human congregations. These could also result in realignments in loyalties and solidarities that should now coagulate around vital community interests at the local, regional and national levels.

There are constitutional levers to make such social coagulations desirable, possible and even sustainable.

Human settlements across the land must meet the basic minimum standards. These would ensure healthy living, education, cultural expression, security of family and person and safety in spaces of human interaction.

All citizens should be required to have proficiency in at least four South African languages. This would enable them to travel easily across ethnic, class, gender, historical, political, social and geographical boundaries. There is much to learn here from the history of South African township settlements about human interactions that have enabled complex social crossings.

The collective attitude towards the national economy requires a drastic change in attitude. The entire South African population must share the economic space as equals in opportunity and access to enabling knowledge, competencies and skills and in the general sense of collaborative contribution. The South African economy must be seen to be a site of creative, generative and collective endeavours that support and sustain the dignity of all.

This view of economic and social possibility ought to indicate why the current configuration of formal politics in South Africa, and nature of the economy it supports, have run their course. Political aggregations are still locked in habitual loyalties that routinely reproduce the past, in thought and actions, despite repeated declaration to move away from it.

Broadly the legacies of political and business mobilisations around Afrikaner, English, Zulu, and the multi-ethnic, multi-class African National Congress-Labour-South African Communist Party alliance have all to varying degrees lost the social trust they once enjoyed. They have also lost the competence to midwife a new nation out of the formative experiences of the last 25 years.

If the greatest challenges of the first quarter century of South Africa's constitutional democracy were to redesign the economy and the spatial urban and rural landscapes across the land to raise the living standards of the vast majority of South Africans, results have been mixed and rather confused. South Africa is in dire need of a fresh national imagination.

The end of colour coding

To stimulate imaginations still steeped in racial thinking it might be helpful to proceed from the assumption that from the perspective of “blacks” the residual norms of “whiteness” in general now have a significantly diminished attractiveness. An emergent “black” norm is taking root. It may still lack firm contours but does have a reality that gives far more potent resonance to the phenomenon of “black consciousness” because the notion now has the makings of a state to give concrete reality to it.

Being “black” is now the ambient reality of an overwhelming human presence in the land of all those that the European “whites” from the end of the 15th century onwards had conquered. That reality is far more grounded now and existentially more pervasive, well beyond declarations of “black” pride in the 1960s and 1970s.

Read more: What young people have to say about race and inequality in South Africa

Some five centuries later, the human reality of all those once conquered and dominated by those who invented “whiteness” and “blackness” as human attributes is re-asserting its presence with ever increasing influence and confidence. In the current context “whiteness” in South Africa will end as “whites” increasingly discover its irrelevance and emptiness as a value system underpinning a state of being that has embodied their humanity over five centuries. It seems destined to end on its own volition.

By the same token “blackness”, having no need to declare “WE ARE NO LONGER BLACK”, will have evolved politically, socially and culturally. From having carried a label of debasement it will have moved towards an inclusive and cosmopolitan demographic norm that is constitutionally non-sexist, non-racial and non-tribal in its humanist orientation.

No longer subject to any colour coding , it will exert a presence with a normative impact that should stand as the source of much of the formative influences that will shape South Africa in the foreseeable future.

South African “whites” having discarded their “whiteness”, perhaps for real, will be a part of a new sense of being human here, in everyone's country.

This article is part of a series . Other authors include Barney Pityana, Göran Therborn, Nina Jablonski, George Chaplin, Kira Erwin and Kathryn Pillay.

Your independence will be respected – Akufo-Addo assures new...
33 minutes ago

He has the capacity, intellectual strength to succeed – Akuf...
38 minutes ago