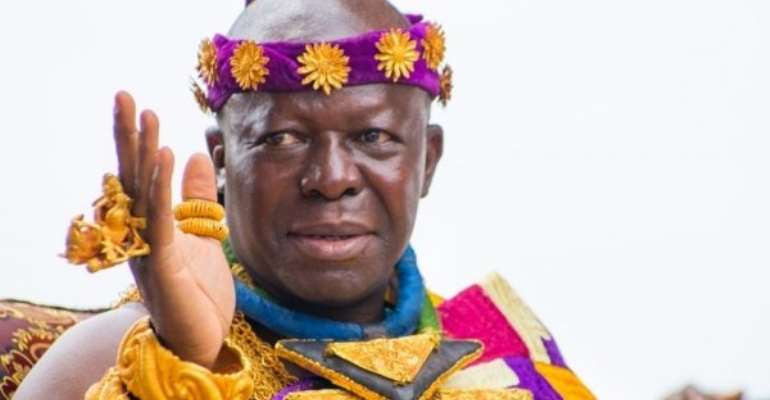 The Asantehene, Otumfuo Osei Tutu II, has called on political parties to deliver all their promises when they win political power.

He said campaign promises and manifestos were stated visions and objectives of a political party and it was important for parties to stick to the implementation of such objectives when elected into office.

Otumfuo Osei Tutu made the call, when Professor Jane Naana Opoku-Agyeman, running mate of the NDC flagbearer, paid a courtesy call on him at the Manhyia palace in Kumasi, on Friday.

Prof. Naana Opoku-Agyeman is on a six-day campaign tour of the Ashanti region, to interact with party members, supporters and woo voters for the NDC in the December 07, general elections.

Otumfuo Osei Tutu stressed the need for peaceful political campaigning among the various political parties and said the upcoming elections should not turn Ghanaians against each other.

“Ghana belongs to all of us and this election must not turn us against one another”, he emphasized.

The Asantehene said elections were not about violence, noting that, political party leaders should counsel their members to refrain from acts that could throw the country into a state of turmoil before, during, and after the elections.

Otumfuo Osei Tutu stressed the need for Ghanaians to desist from electoral misconduct and observe discipline before, during, and after the general elections.

Prof. Opoku -Agyemang said the visit was to seek the blessings and guidance of the Asantehene, as she embarked on the tour to visit some districts and the region to sell the good massage of the NDC to the people.

She said politics should not divide the people and thanked Otumfuo Osei Tutu for adding his voice to the need for political actors to show decorum and desist from acts of insults and hate speech, which could create tension in the country.

Prof. Opoku-Agyemang said NDC, when given the mandate, would work to transform the country and redeem the people from their present state of poverty and hopelessness.