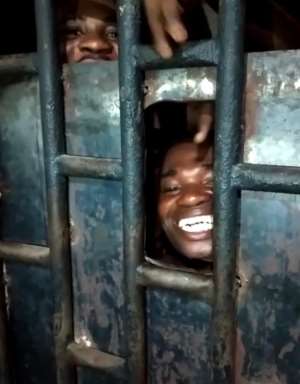 Police in Kumasi have reportedly arrested Kwame Fordjour, who claims to be a global ambassador for the United Nations (UN).

Mr Fordjour, popularly known as ‘Dr. UN’, is said to have been arrested for jumping bail.

According to reports, Dr UN who recently presented fake awards to a number of Ghanaian personalities including celebrities such as rapper Sarkodie, was nabbed on the premises of Kumasi based Hello-FM by plain-clothed policemen.

He is said to have earlier been arrested and put before court at Asokore Mampong for fraud, and subsequently granted bail.

Reports say he escaped, leading the police to arrest his parents who were the sureties for his bail.

According to reports, after going missing, he visited Hello FM on Friday, October 16, 2020.

He is believed to have gone to Hello FM for an interview.

But police reportedly rushed to the station and arrested him.

It would be recalled that a few weeks ago, he pretended to have been partnering with the United Nations, to organize an awards and presented trophies and citations to over 20 accomplished Ghanaian personalities.

He had described the personalities as having achieved extraordinary feats in their endeavors.

Reports say his arrest in Kumasi is closely linked to a fake award ceremony he organized at the Kwame Nkrumah University of Science and Technology (KNUST), Kumasi in the Ashanti Region.

Reports indicate that it emerged that the award scheme held in 2018 was fake, leading to his arrest and he subsequently tried by a Magistrate Court in Asokore-Mampong. He was said to have been granted bail by Her Worship, Portia M.A. Salia.