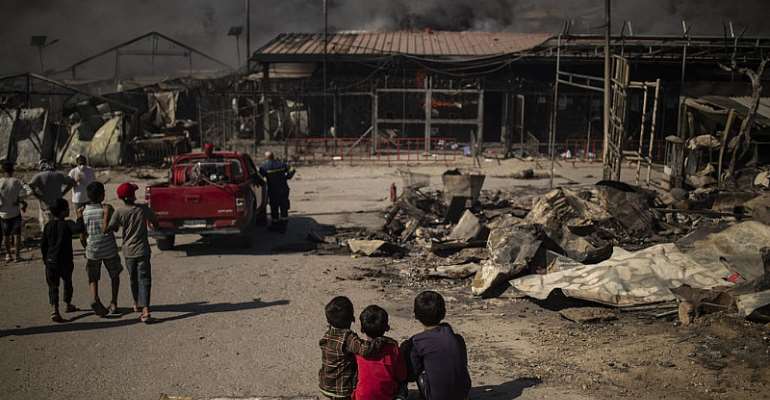 This year's International Day for the Eradication of Poverty comes as the coronavirus pandemic wrenches open the ever-widening gap between rich and poor, with studies around the world showing billionaires are profiting from the crisis while millions are forced into extreme poverty.

For the past 27 years, the UN has used 17 October to shine a light on the "moral outrage" of people made to live in desperate conditions despite the world experiencing unprecedented economic and technological development.

Those inequalities have been amplified by Covid-19, the World Bank warned in a recent report predicting the health crisis would push 150 million people into extreme poverty by 2021.

The virus itself is the tipping point, its untimely arrival coinciding with the simultaneous global challenges of climate change and conflict – causing a significant jump in the number of people living on less than $1.90 a day.

Billionaires' bounty
On the flip side, the total wealth of the world's 2,189 billionaires has soared to a record high of $10.2 trillion on the coat-tails of the coronavirus pandemic.

A tally by Swiss Bank UBS and PriceWaterhouseCoopers calculated that Amazon CEO Jeff Bezos, the world's richest man, and other wealthy elites have watched their fortunes balloon in recent months.

French billionaires are doing particularly well – their pocket books swelling by 439 percent, though over the past decade.

Covid-19 wealth tax
The idea of a “Covid-19 tax” has gained traction, with a handful of the world's ultra rich themselves calling on governments to permanently increase taxes on wealthy people to help fund the economic recovery.

Such taxes are nothing new, explains Luke Holland, of the Paris-based thinktank the Tax Justice Network. They can either be done by taxing a wealthy person on their assets, or they excess profits during a crisis.

“Radical wealth taxes have been used all over the world for for a very, very long time,” Holland told RFI.

“Many companies made an absolute fortune out of World War II … governments were imposing taxes of up to 90 percent on their excess profits.”

With the events of 2020 further stretching the wealth gap, appetite is growing in many countries for a tax that can help governments tackle the crisis and rebuild.

“There are people who can afford to pay for this,” Holland says. “One of the things we constantly struggle with is the myth of scarcity.”

Social justice issue
With income inequality spiralling, the UN is using the International Day for the Eradication of Poverty, Saturday, to encourage widespread participation in the goal of achieving “social and environmental justice for all”.

Poverty, it says, is multi-dimensional and cannot be eradicated without aggressively rectifying environmental injustices.

This fits with new World Bank data that shows gains in reversing poverty in some of the world's fastest-growing economies have been wiped out for the first time in a generation.

Even in wealthy countries such as France, a million people have been pushed into poverty by Covid-19. In yet another report this week, the charity Médecins du Monde (Doctors of the World) warned the virus crisis had hindered access to basic care, such as health and housing.

“It is time for the state to act to guarantee fundamental rights for all,” the report said – lambasting the French government over its “superficial measures” and lack of “dignified solutions”.

Anti-migration policies, police harassment and hard-to-access entitlements have ensured the most vulnerable people in France are penalised,” the report added.

“The state must stop implementing policies that seriously undermine health.”

COVID-19: Ashanti Region records 783 cases in one week
20 minutes ago