Covid-19: Why an antigen test gives a quick result 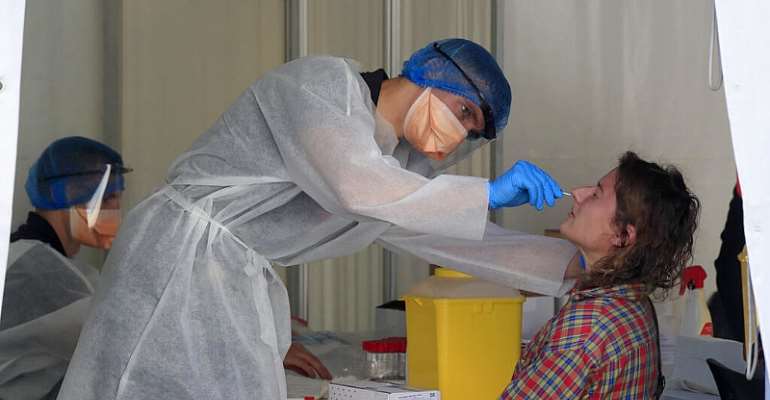 During his interview on French national TV on Wednesday, French President Emmanuel Macron announced a series of measures to curb the spike in Covid-19 cases in the country. One key measure involves the rolling out of antigen tests in order to reduce the delay in getting results associated with the PCR technique. So what is an antigen test and how does it differ from a PCR test?

RFI's Dhananjay Khadilkar spoke to Bertrand de Castelnau and Sylvain Lecomte of Theradiag, a French company that specialises in developing in vitro diagnostic kits and is currently commercialising an antigen test for Covid-19 in France.

Q1. What is an antigen and how is it used for detecting the Covid-19 virus?

Bertrand de Castelnau: A foreign protein of a pathogen, either a virus or a bacterium that enters the human body is called an antigen. The human body detects that it's a foreign substance and that it has to be destroyed by the immune system. Every pathogen has its own antigen signature.

So, when a sample with viral particles, is put on the testing kit, the antibodies will attach themselves to these particles. The positivity of the sample can then be detected visually thanks to the revelation of a colored line.

Q2. What's the difference between an antigen test, a PCR test and an antibodies test?

SL: A PCR test involves the detection of viral RNA. This is done by amplifying the RNA signals in a sample. It enables the detection of extremely low quantities of virus in a sample. However, it's also a time-consuming process as you need specific environment and equipment in dedicated labs. On the other hand, the antigen test detects the presence of surface proteins. Since there is no step of RNA amplification, it is much quicker. In 10 minutes, you can get a result.

Q3 Is the antigen test not as sensitive as the PCR test?

SL: It has a slightly lower sensitivity compared to the PCR test. But in symptomatic patients, during the first four days, the level of virus present in the nasopharyngeal tract is in sufficient quantity to determine its positivity using the antigens test. That's the reason why it's recommended by the authorities to use it for symptomatic patients.

Q4 In practical terms, how does an antigen test work?

SL: Using this test is very simple. Just like in a PCR test, you need a nasopharyngeal sample that is put in a buffer solution. This process is one minute long. Afterwards, you put three drops on the testing kit lined with Covid-19 antibodies and within 10 minutes, the result is out. The testing kit is made for one-time use only.