“Things Done By Halves Are Never Done Right: You Have Nothing By Right”: Congratulations, Dr. Sabastine Eugene Arthur (Virologist) 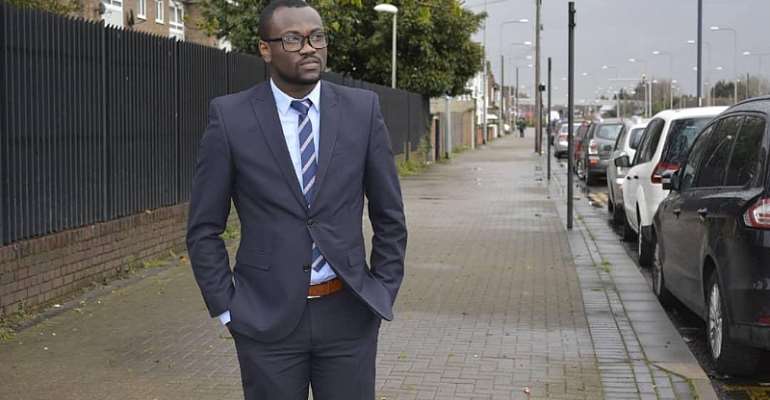 As a virologist, this came at a time when he had invested much of his time helping the people of Ghana to stem the tide against the novel coronavirus (COVID-19).

Doctoral studies is not necessarily for brilliant students as it is for students who have a growth mindset – a mindset that is framed around determination and perseverance, adaptability and flexibility. Personally, I do not necessarily subscribe to the belief that there are "naturals" in anything. I believe that while some individuals may have physical features that may predispose them to a certain profession or career, what it takes for one to succeed is based on what is cultivated – character!

The body tends to relax and coil from challenges. But life itself is about the challenges we face, how we frame them and the solutions we offer. This is the reason why the world celebrates individuals who blaze the trail in helping humanity to push back life’s vicissitudes.

Education – the development of an epistemological system that affirms life – is for everyone not "naturals". Everyone can learn and know. That we can all learn and know is embodied in one of the Adinkra symbols of the Akan that, "One who does not know can know if one learns." Learning has a paradoxical process – on the one hand, it is exciting and rewarding; on the other hand, it is challenging and calls for racking of one's brain.

But the paradox of education has a different dynamic depending on where one studies. In some jurisdictions, it is easy to tell your supervisors that, “I did not find the book,” and you are good to go. Elsewhere in Cambridge, it is even a shame to say you cannot find a particular book. Any book that, for any reason, is not on the shelve can be provided in a matter of a few days. No excuses! All you need to do is to work hard.

While studying in England is rewarding, as reading materials are readily available, the weather could be daunting. It is challenging, especially in the face of winter when individuals’ hardly beam or wave at you. And usually, one registers in Cambridge at a time when the winter is setting in – a situation that can unsettle the first-time visitor to England.

Beyond the unfriendly winter that can easily cause depression, a student not used to critical reading and writing is likely to have a challenge catching up. Elsewhere in the world, rote learning is still encouraged at the tertiary level of education. The same cannot be said about education in England – especially in Cambridge. One has to demonstrate critical thinking and logical consistency and coherence in an argument.

In all of this, my point is that succeeding in the pursuit of doctoral studies is not necessarily for "naturals". It is for individuals who are ready to stretch themselves – go beyond the normal – to achieve something extraordinary. It means work hard to bring the best out of you. It means having a mindset that defines success and failure not from the perspective of natural endowment, but from a mindset that is willing to adapt and persevere.

Everything we claim we are entitled to is based on someone’s sacrifices. Achieving academic success is, therefore, not an entitlement. It is something we work for. It calls for discipline, determination, perseverance, hard work, and above all commitment to the source of all knowledge – God.

If we have in mind that success is not an entitlement or right, but a duty, we can only claim success in academia after we have invested efforts. Success in academia comes after we have overstretched ourselves, cut down wanton slumbering, face challenges as they come, physically exercising, cerebral exercise through reading novels, singing, and trusting divine providence to take its course.

Sabastine embodies all this and many more. He started as a young boy with a mind that is curious about nature – particularly flying objects like an aeroplane that he watched in movies. This reached the acme of his decision to become an aerospace engineer. He, therefore, picked an interest in science-related subjects at the junior and secondary school levels under the guidance of her deceased mother. After recording excellent grades at the Basic Education Certificate Exams in a public school (called "Cyto"), precisely Nungua A.M.A ‘5’, he was admitted at the Nungua Secondary School.

At the Nungua Secondary School, Sabastine worked so hard, sacrificing comfort at the expense of success and graduated with excellent grades that earned him multiple admissions to the University of Cape Coast and the University of Development Studies. But at this point, his interest in aerospace engineering started acquiescing in biology. So, he opted for the UCC since the university offered his desired programme in biological sciences (Molecular Biology and Biotechnology).

At the UCC, considered an academically uphill institution, Sabastine, as usual, worked hard, and graduated with First Class honours in 2011. As part of the mandatory national service, he worked as a teaching assistant at the Department of Molecular Biology and Biotechnology at the same university.

After his national service, Sabastine placed his knowledge at the request of a privately-owned basic school in Tema, where he introduced pupils to practical science. He won a couple of accolades for his commitment and dedication to his work.

After a few months' stints with teaching, Sabastine applied to the University of Arkansas (United States of America) and was admitted with funding! Hard work pays. Who does not want a growth mindset to work?

From Arkansas, where he was awarded for academic excellence, Sabastine was again admitted with funding to the University of Cambridge – arguably the best science university in the world. In Cambridge, he ventured in virological studies with the decided goal of studying the operation of virus in the human body.

Yesterday (October 16, 2020), he capped his terminal degree with a resounding “well done” from his examiners, after he successfully defended his dissertation. Sabastine’s dissertation provided important intervention in the field of virology. He used virus replicon system in human gastric tumour (HGT) cells to determine host factors involved in human norovirus replication, as well as analyse the adaptive changes required to support its long-term replication in cell culture.

Currently, Sabastine is heading to the University of North Carolina, Chapel Hill (United States of America) to begin his postdoctoral fellowship. As usual and predictably, he will be working on the coronavirus (SARS-Cov-2) and potential therapeutics.

Sabastine has a philosophical predilection that “things done by halves are never done right” – a poignant statement from one of his (our) childhood poems.

At this point, join me in congratulating Sabastine Eugene Arthur. Congratulations, fellow Casfordian (Fellow of the Balls). May our motto, “truth and courage” lead you on, as you broaden the frontiers of knowledge. In all things, make Christ popular!

Breaking 'the eight' is a must – Yaw Preko charges NPP foots...
7 minutes ago

Free SHS is my idea — King Pharaoh
20 minutes ago