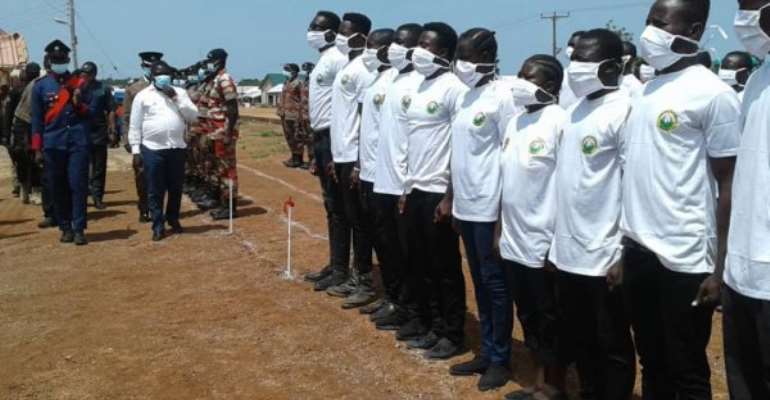 The Ghana National Fire Service (GNFS) has commissioned a fire station in the Sissala West District of the Upper West Region as part of efforts to curb bushfires and fire related disasters in the area.

Also, 73 fire volunteers, comprising 71 males and two females, drawn from communities in the District, were trained to help augment the efforts of the fire officers to augment service delivery.

The Sissala West District Assembly constructed the facility while the GNFS provided the fire tender and personnel.

Speaking at the commissioning of the facility at Gwollu, Mr Amidu Ishaque Chinia, the Deputy Upper West Regional Minister, said poor maintenance of state property was negatively affecting the nation.

He, therefore, entreated the GNFS and the Sissala West District Assembly to maintain the facility to ensure it yielded the needed results.

DOI Abraham Nii Dodoo, the Acting Upper West Regional Commander for the GNFS, expressed the hope that the fire station would help fire management and curtail such disasters in the area.

“Section 5 of PNDC Law 229 also mandates all Metropolitan, Municipal and District Assemblies to institute the Bushfire Control Sub-committees, which will regulate the burning of vegetation within their jurisdictions”, he explained.

The Fire Commander, therefore, urged the MMDAs to fulfil that mandate to help reduce the occurrences and adverse effect of bushfires.

DOI Dodoo stated that preventing bushfires and fire related disasters was a collective responsibility hence the need for all to put hands on deck to fight the menace.

He observed that the idea of fire volunteerism, which was a legal provision, was not effective due to lack of motivation for the volunteers.

He, however, said it was the responsibility of the GNFS to train fire volunteers but the MMDAs were mandated to motivate them and provide them with the needed logistics to work.

Mr Mustapha Ahmed, the Upper West Regional Director of the National Disaster Management Organisation (NADMO), stressed the need for the Assembly members and traditional authorities to support the NADMO and GNFS in the fight against fires in the district.

He said fire disaster was man-made and could be prevented, citing the Nandom District as example, where in 2018, 2019, and 2020 no fire disaster was recorded and similarly in the Lawra Municipality due to the activism of traditional authorities.

Mr Abubakari Musah, the Sissala West District Coordinating Director, said the Assembly had provided accommodation for some staff of the fire station and gave the assurance that they would continue to support them in the discharge of their duties.