Lashibi: How Robbers Chiseled The Wall To Gain Access To The Bank Vault 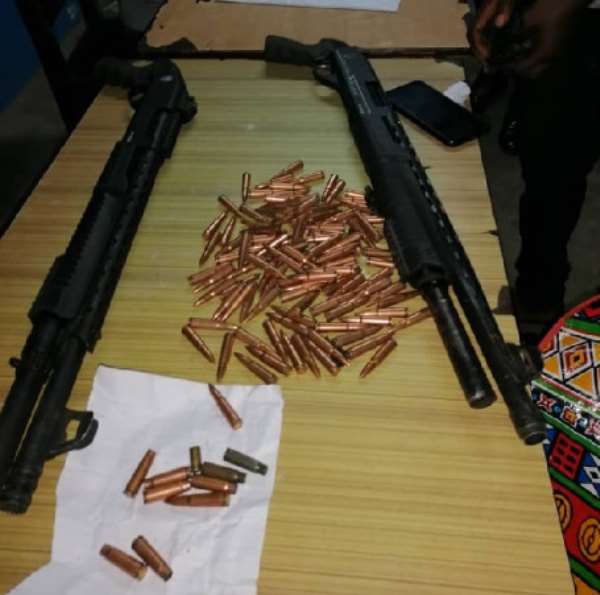 About six unidentified armed men managed to rob a bank at Lashibi, Accra in a blockbuster style.

The incident occurred at about 2 am on Friday, 16 October.

According to the Greater Accra Regional Police, the robbers opened fire into a vault, chiseled the wall to the vault to gain access and stole from the safe.

The gunshots from the robbery scene attracted a police patrol team and the robbers bolted amidst firing.

A search at the scene led to the retrieval of an electric cutter, hammer, chisel, eleven live 9mm ammunition and 1 round of spent ammunition.

Two suspects, Albert Buckson and Prince Ankrah, who were in a taxi which had its engine on, were arrested in the vicinity.

They were suspected to be on surveillance linked to the robbery.

A reinforcement patrol team also intercepted an Urvan bus suspected to be linked to the robbery.

The occupants of the mini-bus, however, escaped upon seeing the police.

The two suspects together with three private security men who were on duty at the time of the robbery have been detained to assist with investigations.

$50million gathered so far for the National Cathedral projec...
38 minutes ago